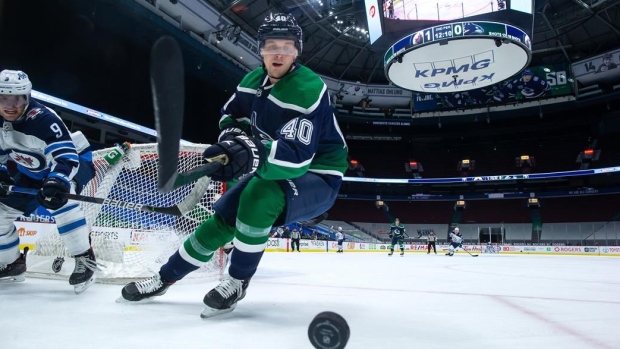 Vancouver Canucks restricted free agent Elias Pettersson told Sweden's Hockeysverige on Wednesday he remains confident a contract will come together, but also stated his desire to play on winning teams during his career.

"My agents do all the talking (with the Canucks), and then they inform me about what's going on," Pettersson said, as translated by Hockeysverige's Uffe Bodin. "Right now, we're not in an agreement, but I'm not worried that we're not going to solve it eventually. Both parties need to be happy in order to find a solution, but I'm not worried about that."

Pettersson was limited to just 26 games last season due to injury as the Canucks missed the playoffs for the second time in his three seasons since joining the team.

"l want to stay there (Vancouver) now, but I also want to play for a team that's winning and has the chance to go far into the playoffs every year," Pettersson added. "I feel like we've got a chance to do that next year. If we have that chance when my next deal expires... I don't know. I just wanna play where there's a chance of winning."

Spoke to Elias Pettersson (in Swedish) today about his negotiations with the #Canucks (among other things). Here's a translation of what he had to say.
Original source: https://t.co/zy8WQloLax pic.twitter.com/88Y7oy8WWd