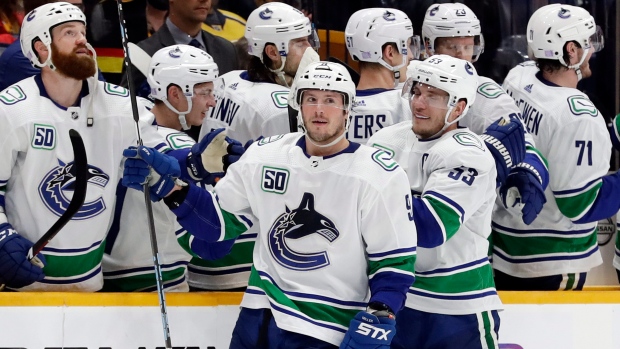 Canucks general manager Jim Benning said Wednesday it is his understanding that the result of Vancouver's best-of-five round will determine whether the team's first-round pick transfers to the Tampa Bay Lightning.

Benning says his understanding is that the first round pick in the JT Miller deal will be determined by what happens in the play-in series. #Canucks

Under the NHL's Return to Play format announced Tuesday, the Canucks will face the Minnesota Wild to determine which team advances to the 16-team playoff field.

In 69 game with the Canucks this season, Miller posted a career-high 27 goals and 72 points.