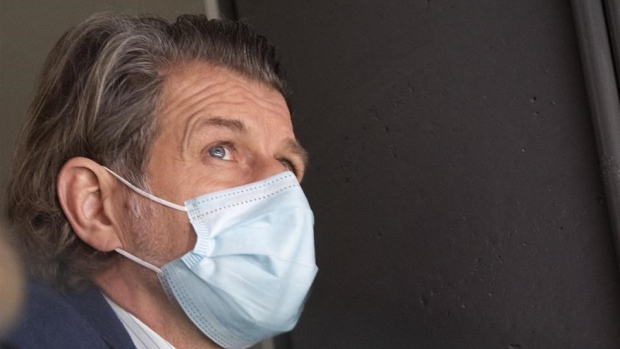 Vancouver Canucks owner  Francesco Aquilini said Monday he has not spoken to former Montreal Canadiens general manager Marc Bergevin regarding his team's vacancy after Jim Benning was fired over the weekend.

Bergevin was fired by the Canadiens last month after nine years with the franchise, and just months after seeing the team reach the Stanley Cup Final for the first time since 1993.

“I haven’t spoken to him, but I’m sure he wants to sit back and just reflect,” Aquilini said of Bergevin as a potential candidate for the Canucks.

“I haven’t spoken to him, but I’m sure he wants to sit back and just reflect,” says Francesco Aquilini about Marc Bergevin as a potential candidate for the top #Canucks job.

The Canucks parted ways with both Benning and head coach Travis Green on Sunday, hiring Bruce Boudreau as the team's new bench boss on a two-year deal.

The team's next general manager will inherit a roster that has 17 players signed through next season, accounting for a cap hit of $71.4 million. Brock Boeser, who scored his fifth goal of the season Monday as the Canucks won in Boudreau's debut, is the team's highest-profile pending restricted free agent as he is currently playing out the last of a three-year, $17.625 million contract.