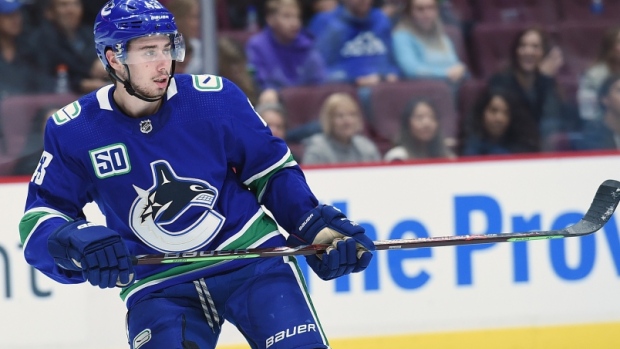 Head coach Travis Green did not have an update after the game, which Anaheim went on to win 2-1 in overtime on a winner from Ryan Getzlaf.

In 13 games so far this season, Hughes has one goal and nine assists.

The Canucks will be back in action Saturday night in San Jose against the Sharks.