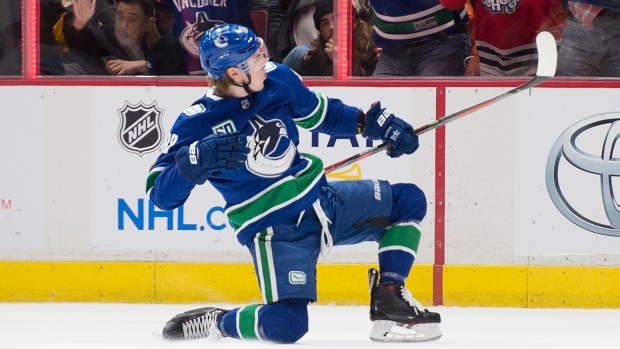 Gaudette, a restricted free agent, will earn $950,000 under his new deal, while financial details for Hawryluk were not released.

Gaudette, 24, had 12 goals and 33 points in 59 games this past season and appeared in 10 games during the playoffs, failing to post a point.

"Adam has been an excellent young player for us and we are happy to have him continue his progress for another year in Vancouver," Canucks general manager Jim Benning said. "We look forward to his intensity and compete level continuing to be a great source of energy for our team."

Hawryluk split last season between the Florida Panthers and Ottawa Senators, tallying three goals and seven assists over 26 games. He began the season with the Panthers but was claimed off waivers by the Sens in February.

The season before, the 24-year-old forward scored seven goals and added five assists in 42 contests.

Hawryluk was originally drafted by the Panthers in the second round, 32nd overall, in the 2014 NHL Entry Draft. https://t.co/6c3wjxIJHu

The Yorkton, Sask., native was selected in the second round (No. 32 overall) by the Panthers in the 2014 NHL Draft.