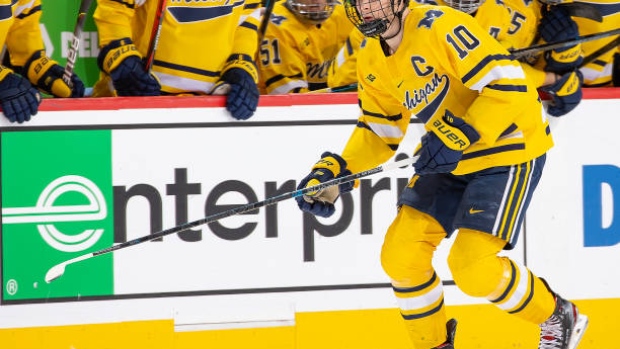 The Vancouver Canucks have signed forward prospect William Lockwood to a two-year deal.

The 21-year-old appeared in 33 games for the University of Michigan this season collecting nine goals and 23 points.

The Bloomfield Hills, Michigan native ranked second on the Wolverines in goals, assists and points in 2019-20.

On the International stage, Lockwood helped Team USA earn a bronze medal at the IIHF World Junior Championships (2018) and the U-18 Men's World Championship (2016).