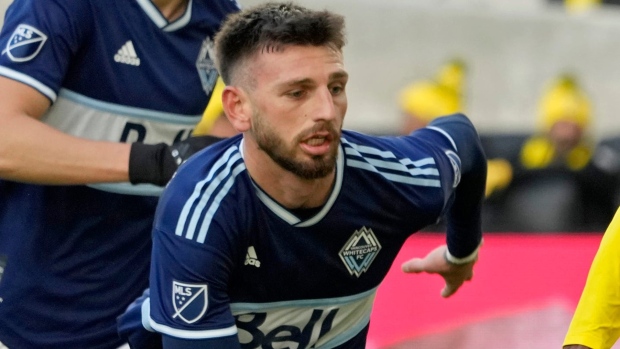 The Vancouver Whitecaps announced a contract extension for Tristan Blackmon on Thursday.

A native of Las Vegas, Blackmon has appeared in all three league games for the Whitecaps in 2022.

“Since joining the club in December, Tristan has proven to be great addition and we are pleased to have him commit for the long term to our club and city,” team sporting director Axel Schuster said in a statement.

Blackmon spent the past four seasons with Los Angeles FC, making 64 MLS appearances. He was taken in the December expansion draft by Charlotte FC, but then immediately traded to the Whitecaps in exchange for $475,000 in General Allocation Money.

Blackmon was initially taken with the third overall selection of the 2018 MLS SuperDraft out of Pacific.