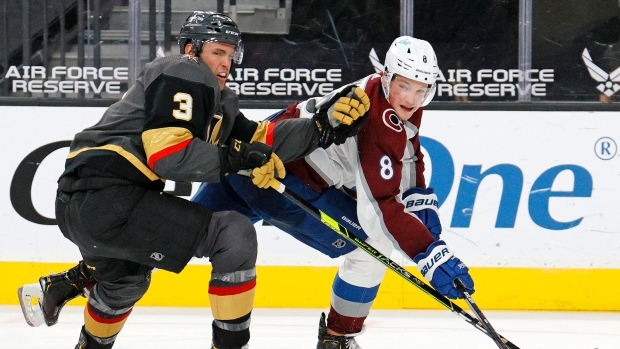 Defenceman Brayden McNabb has signed a three-year contract extension with an average annual value of $2.85 million. He has two goals and nine points in 45 games this season. Now in his fifth season with Vegas after being claimed in the 2017 Expansion Draft, he also spent two years with Buffalo Sabres and three years with the Los Angeles Kings. In 552 career NHL games, he has 22 goals and 107 points.

Forward Michael Amadio has inked a two-year extension with an AAV of $762,500. Claimed off waivers from the Toronto Maple Leafs on Oct. 31, 2021, he has four goals and seven points in 25 appearances with Vegas this season.

The Golden Knights also signed goaltender Logan Thompson to a three-year contract extension with an AAV of $766,667. He made his first career NHL start on Jan. 4 and became the first U Sports goaltender to start an NHL game since 1990.