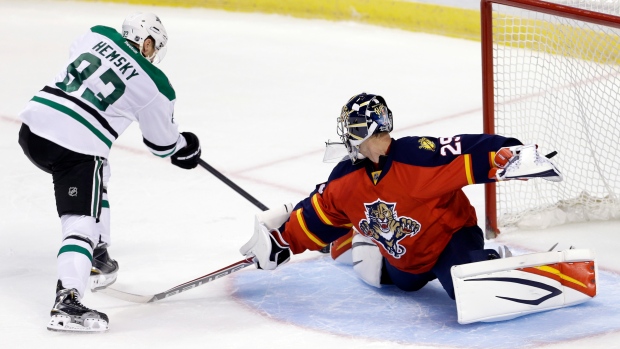 The 36-year-old winger played most of his 15 seasons with the Edmonton Oilers, and also suited up for the Ottawa Senators and Dallas Stars. He last skated in the NHL with the Montreal Canadiens in 2017-18, appearing seven times. He totalled 174 goals and 398 assists in 845 regular season games.

His best season points-wise was 2005-06, when he had 77 in 81 games for Edmonton. He also delivered 17 points in 24 playoff contests that season as the Oilers advanced to the Stanley Cup Final.

Hemsky skated for his native Czech Republic at two Olympics, two World Championships and at the World Cup of Hockey.

Earlier this month, Hemsky earned a spot on TSN Hockey’s All-Time 7 Oilers Team, on the third line alongside Leon Draisaitl and Connor McDavid.