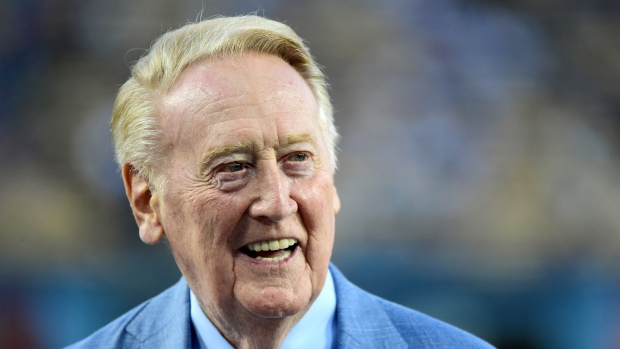 Retired play-by-play commentator Vin Scully is hospitalized and resting comfortably after taking a fall in his home Tuesday afternoon, the Los Angeles Dodgers announced via Twitter on Thursday.

The 92-year-old, who called Dodgers games in Brooklyn and Los Angeles from 1950 to 2016, seems to be in good spirits.

"I won’t be doing anymore headfirst sliding, I never liked it,” said Scully.

Vin Scully took a fall in his home on Tuesday afternoon. He is hospitalized and is resting comfortably.

Vin says, “I won’t be doing anymore headfirst sliding, I never liked it.”