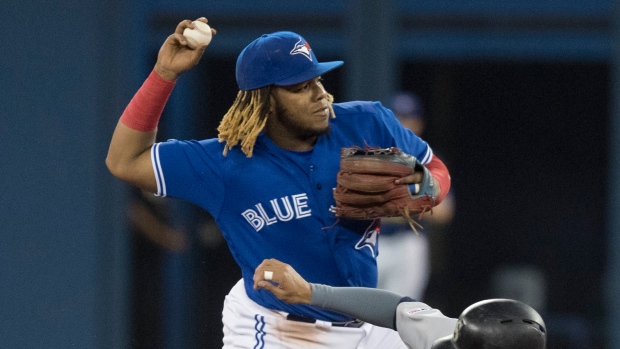 He replaced at third base by Brandon Drury.

Following the Blue Jays 4-3 loss to the Seattle Mariners on Saturday, manager Charlie Montoyo said that Guerrero will have an MRI on Sunday.

Montoyo says Vladdy is going for an MRI on his left knee and they’ll know more tomorrow.#BlueJays

After grounding out to third in the first inning, Guerrero hustled to cut off a ground ball from Seattle infielder Austin Nota in the second.

Guerrero leads all rookies in the American League with 95 hits, 22 doubles and 37 extra-base hits.