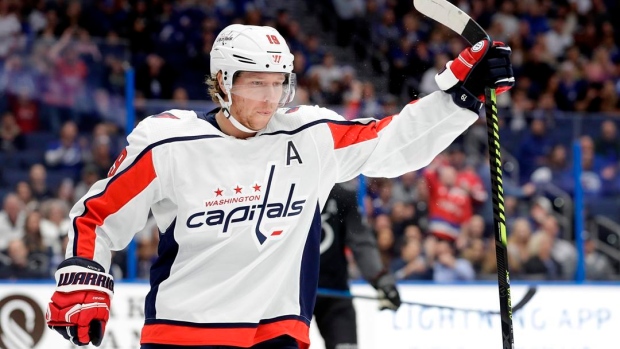 Washington Capitals forward  Nicklas Backstrom is in concussion protocol and out for Game 2 of their first-round series against the New York Islanders, head coach Todd Reirden said on Thursday.

Backstrom left in the first period of Game 1 of the series after a hit from Islanders captain Anders Lee.

Not pleased with the hit, Reirden characterized the hit as "predatory".

Lee was penalized for interference.

"I tried to throw the brakes on a little bit there, but I caught him," Lee told reporters. "The end result after that was a penalty, a couple of fights. It was settled and then the game continued on."

Lee was involved in a second fight in the first period, this time with Washington's Tom Wilson. Lee also scored a third-period goal that tied the game.

“Playoff hockey should be right up Anders' wheelhouse, if you will,” Islanders head coach and former Capitals bench boss Barry Trotz said. “He's big. He's strong. He scored an important goal. He had a hit. And he responded to (Tom) Wilson's challenge. What more can you ask from a leader.”

Backstrom has one assist in four playoff games in 2020.