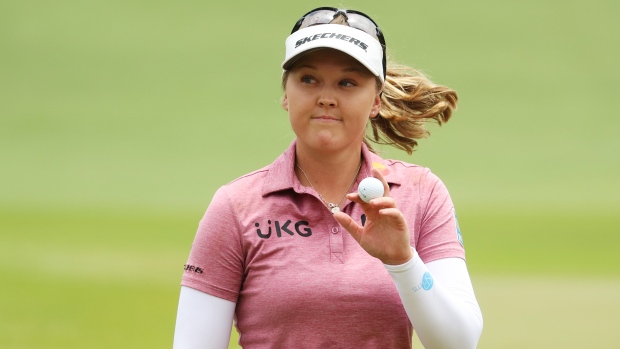 Last week: Brooke Henderson missed the cut at the Palos Verdes Championship, the second consecutive tournament she’s had the weekend off. That marked the first time in her career she missed the cut in back-to-back events.

Maddie Szeryk and Megan Osland, who gained a spot in the field through Monday qualifying, also missed the cut. The top Canadian finisher was Maude-Aimee Leblanc who finished tied for 33rd.

On the PGA Tour, Michael Gligic was the top Canadian finisher at the Mexico Open. A round of 67 on Sunday pushed him up 11 spots into a tie for 24th spot, his best finish this season.

Albin Choi was the best Canadian at the Korn Ferry Tour’s Huntsville Championship, where he made his third consecutive cut, ending the week in a tie for 31st spot.

Canadians in the field: Stephen Ames

Simmons Bank Open for the Snedeker Family
At The Grove, College Grove, Tenn.

Canadians in the field: Aaron Cockerill