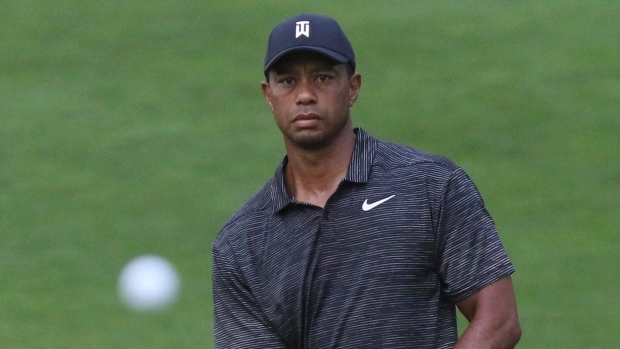 When it comes to the Presidents Cup, American captain Tiger Woods has a lot of choices to make in the next few weeks, but none of them will be scrutinized more than whether he picks himself to play.

Tiger finds himself in a tough position. He’s the reigning Masters champion and ranked 10th in the world. On the other hand, he’s also coming off knee surgery and hasn’t been on form since slipping on the Green Jacket back in April. Adding himself would be equal parts audacious and cocky.

Clearly Woods is thinking of adding his name to the lineup. He asked PGA Tour commissioner Jay Monahan if it was allowed some time ago. He’s also been teasing the media in press conferences since he was named as the head of the U.S. team.

But if he’s truly smart, the 15-time major champion will not make himself a pick when he announces his four additions on November 4.

Woods is simply too big of a risk. Yes, we saw him win at Augusta National, but he hobbled around Bethpage Black, Pebble Beach and Royal Portrush, looking anything but comfortable. As he’s admitted, his future will be full of good days and bad ones. That’s just who he is, even with his surgically repaired knee.

So would you want this unpredictability on your team? Imagine the Americans head to Sunday trailing the Internationals and the playing captain shows up on the first tee with a wonky back.

While Reed may be forced into the penalty box for throwing his team under the bus after last year’s Ryder Cup, there are others who are wielding hot hands in the fall swing – like Kevin Na, a winner in Las Vegas.

Throw in a couple of other longer-shot possibilities in Phil Mickelson and Jordan Spieth, and the choices are plentiful for Woods.

Also, this isn’t the Ryder Cup. Despite efforts by the PGA Tour, which owns the event, it’s been a lopsided clambake almost since it started. Even though it’s become a little more competitive of late, it still doesn’t have the intensity of that other team competition.

That means the Americans could use this to groom some players for the next Ryder Cup. Woodland, for example, has no experience in either team event.

Certainly there are good reasons for Woods to play as well. Television would love it, as would the PGA Tour, to boost everything about the Presidents Cup.

Woods as a playing captain wouldn’t be precedent setting, either. In 1994, Hale Irwin took on both roles and ended up with a 2-1 record in a U.S. victory.

Woods doesn’t need to play. It’s more a question of whether he wants to play. He’s earned the right to do that, but the proper choice would be to focus on being the captain and only the captain.