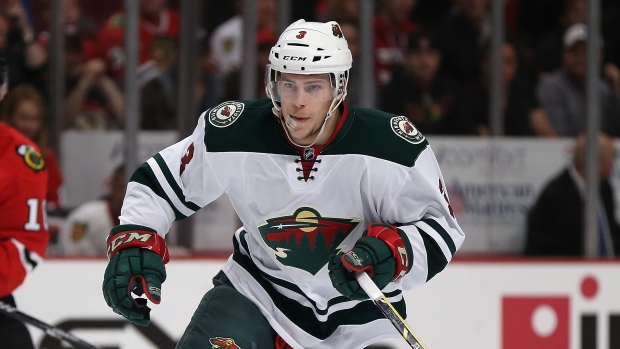 The Minnesota Wild agreed to terms Wednesday on a five-year, $16 million contract extension with right wing Charlie Coyle that lasts through the 2019-20 season, locking up another part of their young core for the long term.

The 22-year-old Coyle, in third season with the Wild, said his agents had been working on the deal for the past couple of weeks with the team's front office.

"I'm just happy it worked out and everything got done," he said on a conference call with reporters.

The Wild have six players in their lineup who are 22 or younger, including Coyle, Brodin and Niederreiter. Another one, centre Mikael Granlund, is the next player they'll try to extend soon.

"Just to have the young guys that we have on our team, I think it's in everyone's mind that they want to move for with each other and we want to keep this core together. Because we've got a good team in that locker room," Coyle said.

The security of a longer deal was more important to him than the chance to make more money on his next contract if it were to come up more quickly.

"You never know how things are going to play out, I don't think," Coyle said.

The 6-foot-3, 220-pound former first-round pick by San Jose was acquired by the Wild in a draft-day deal in 2011, when they sent defenceman Brent Burns to the Sharks.

"Charlie's size, overall skill set and character give him a chance to emerge as a top power forward in the game, and we're happy he will be doing that in the State of Hockey for years to come," general manager Chuck Fletcher said in a statement.

The native of East Weymouth, Massachusetts, who played two years at Boston University, has been moved up to the second line with Thomas Vanek and Mikko Koivu. The Wild host Arizona on Thursday.