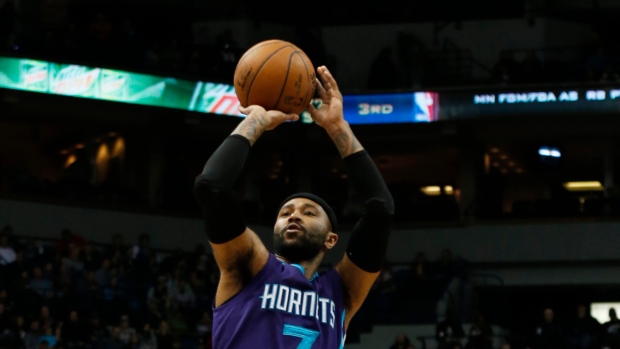 Mo Williams is heading back to Cleveland to team up with LeBron James again.

Williams tweeted on Monday night that he is going back to the Cavaliers, where he was an All-Star playing alongside James in 2009. Terms of the deal were not immediately available.

Williams started last season with the Minnesota Timberwolves and was traded to the Charlotte Hornets, where he averaged 17.2 points in 27 games.

The Cavaliers were in need of a quality backup point guard with the ability to score behind starter Kyrie Irving.

Williams spent two and a half seasons with the Cavaliers before being traded to the Clippers in 2011.

The contract cannot be signed until Thursday.