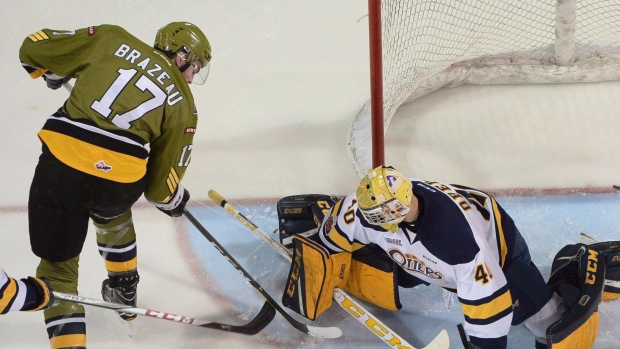 The 6-foot-6, 225-pound right winger played with the OHL's North Bay Battalion this season, leading the league in goal scoring with 61 and finishing second in points with 113.