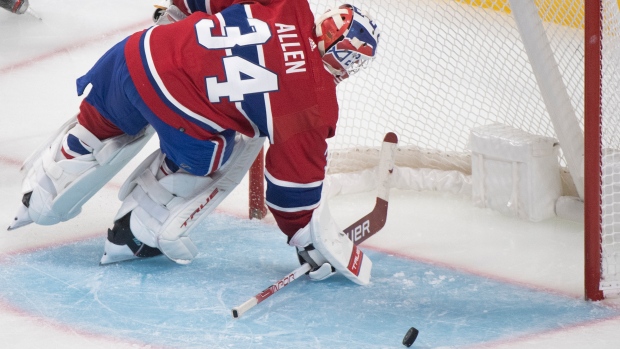 The 0-4 Montreal Canadiens juggled up their line combinations at practice on Wednesday, a day after losing a 5-0 rout to the San Jose Sharks at home.

Third-year player Nick Suzuki, who has yet to record a point this season, now centres a line in between wingers Mike Hoffman and Brendan Gallagher.

Meanwhile 20-year-old rookie right winger Cole Caufield, who is also pointless over four games this season, has moved down to the third line where he'll play with Tyler Toffoli and Mathieu Perreault. Perreault will play centre after serving as a winger for the first three games and a healthy scratch Tuesday against the Sharks.

The defensive pairing of Ben Chiarot and David Savard was broken up a practice as well with Chiarot now playing with Chris Wideman and Savard teaming up with Alexander Romanov.

TSN's John Lu notes that Jake Evans will likely return on Thursday against the Carolina Hurricanes after sitting out Tuesday with a minor upper-body injury.