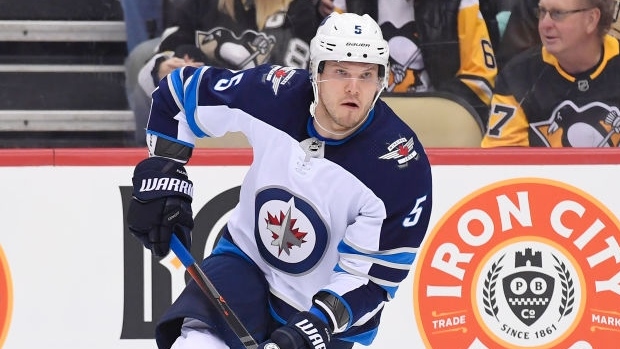 The Winnipeg Jets activated defenceman Dmitry Kulikov off of injured reserve on Thursday, placing forward Logan Shaw on waiver to clear a spot on the 23-man roster.

The 29-year-old Kulikov has been out since Nov. 29, when he suffered an upper-body injury against the Anaheim Ducks. He was initially expected to be out until after the league's All-Star break.

In 25 games this season, Kulikov has one goal and three assists while averaging 19:42 of ice time.

Kulikov carries a $4.3 million cap hit this season, which is the last of a three-year deal signed with the Jets in 2017.