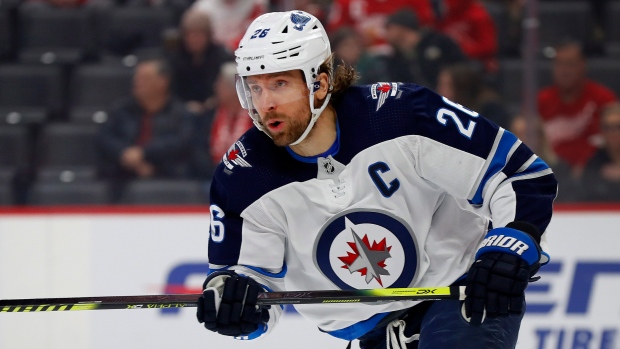 Winnipeg Jets forward Blake Wheeler is the franchise leader in points with 616.

Wheeler assisted on a Patrick Laine third period goal in the Jets Saturday afternoon game against the Minnesota Wild, placing him ahead of former Jets forward Ilya Kovalchuk.

The winger entered the game two points shy of the mark, but a first-period goal pulled him even with Kovalchuk.

Wheeler has been with the Winnipeg organization since he was acquired by the Atlanta Thrashers in 2011 from the Boston Bruins.

In nine seasons with the organization Wheeler has 202 goals and 414 assists in 675 games.