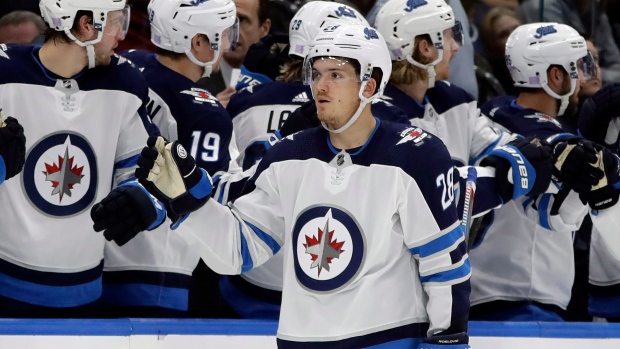 Roslovic’s agent Claude Lemieux tells me tonight his client has asked for a trade. So we’ll see where this goes... https://t.co/4T08ZOoPwx

A restricted free agent, Roslovic is reportedly at home in Columbus and won't be at Jets training camp when it opens on Sunday, as reported by Mike McIntyre of the Winnipeg Free Press.

If he returns to Canada, he would have to undergo a seven-day quarantine and have four negative COVID-19 tests.

Roslovic, 23, had career highs in goals (12), assists (17) and points (29) in 71 games last season with the Jets. He had two assists in four playoff games against the Calgary Flames in the NHL's Return to Play.

The American forward was drafted in the first round (25th overall) by the Jets at the 2015 NHL Draft.