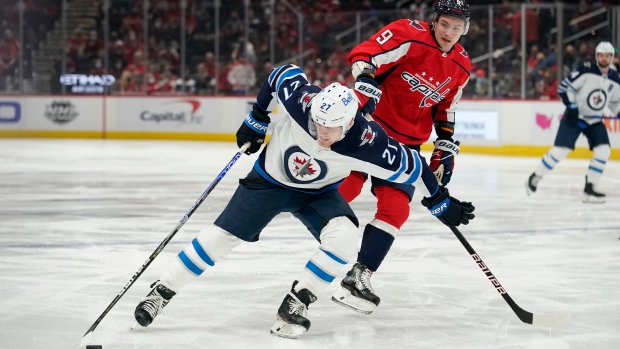 Winnipeg Jets forward Nikolaj Ehlers will miss at least one game after suffering an injury on Tuesday against the Washington Capitals, interim head coach Dave Lowry said after the game.

Ehlers suffered the injury in the third period of the Jets’ OT loss to the Capitals after a knee-on-knee collision with defenceman Dmitry Orlov.

No penalty was assessed on the play.

“Well, if they would have saw it the same way I saw it, it would probably have been more than a minor penalty,” said Lowry.  “I lose a world-class player and, like I said, it’s a fast game and I have the luxury again of watching and rewinding it and watching it in slow motion. You’re disappointed as a coach. I lose a player and I will probably lose him for more than one game.”

Ehlers will be evaluated again on Wednesday and could miss more than just the game in Nashville on Thursday.

The 25-year-old has appeared in 34 games this season and posted 13 goals and 12 assists.