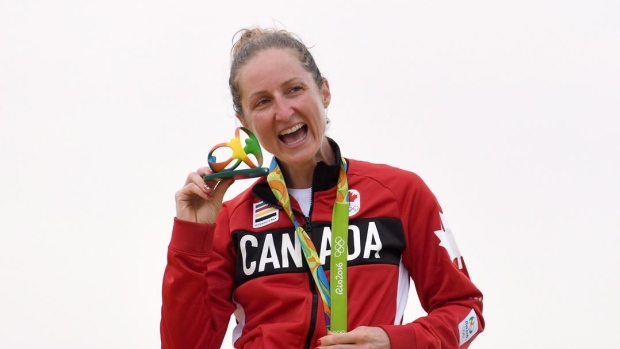 Pendrel, who became a mom in January, will compete in her fourth Olympic Games. The 40-year-old from Kamloops, B.C., has won Pan American and Commonwealth Games titles, the UCI world championships and numerous World Cups, racking up three overall World Cup titles.

"I'm incredibly honoured to represent Canada this summer in Tokyo," Pendrel said. "The sport has evolved so much since my first Olympic Games in Beijing 13 years ago. The Tokyo course won't disappoint mountain bike fans and I'm looking forward to lining up against the best in the world again soon."

Commonwealth Games bronze medallist Haley Smith, and Peter Disera, who had a career-best sixth place at a World Cup in 2019, round out the mountain bike team in their Olympic debuts. The men's race is July 26 while the women's event goes July 27 at the Izu Mountain Bike Course.

Drew Mechielsen and James Palmer make their Olympic debuts in BMX Racing at the Ariake Urban Sports Park on July 29 and 30. The two Canadian champions have extensive international experience, competing on the World Cup circuit for several years. "This has been my dream for as long as I can remember and I could not be more pleased to be named to the Canadian Olympic Team," Mechielsen said. "My journey through this sport has brought so many highs and lows and I really just want to enjoy the experience as best I can. My goal is to be as prepared as possible and perform to my highest potential."

At 234 kilometres, the men's road race is the longest event in the Olympics, starting in Musashinonomori Park on July 24, and finishing at the Fuji International Speedway near Mount Fuji. The mountainous course features more than 4000 metres of climbing. Woods will be supported by Hugo Houle and Guillaume Boivin. All three riders are currently competing at the Tour de France. Woods finished third in Stage 8 of the iconic race on Saturday. "My only goal at the Games is to support Mike to the best of my ability and to help him reach the goal of winning a medal for Canada," Boivin said.

This report by The Canadian Press was first published July 6, 2021.