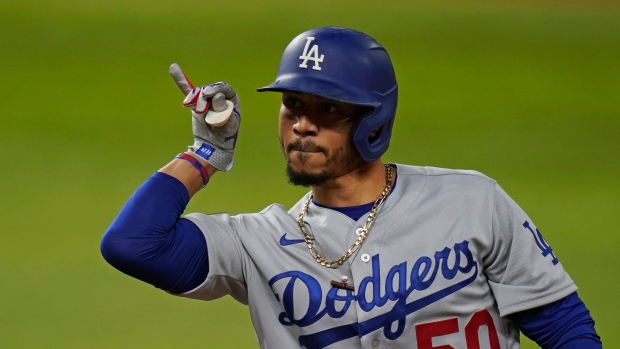 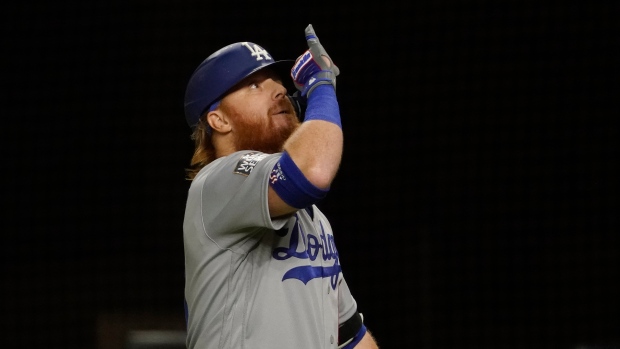 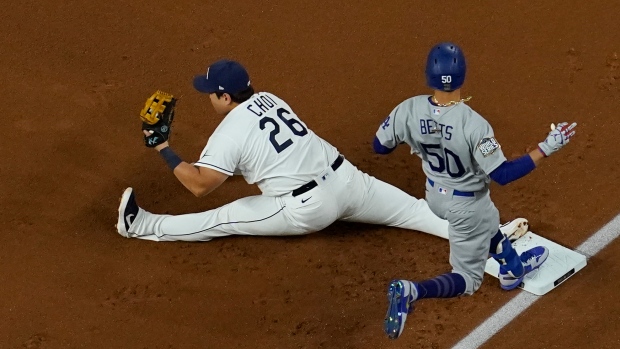 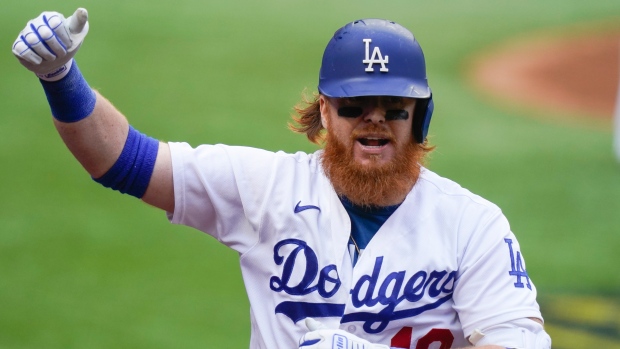 Rookie star Randy Arozarena hammered his first home run of the World Series off Dodgers closer Kenley Jansen. However, Dodgers win Game 3 by a score of 6-2.

Ryan Thompson sat down the Dodgers in order to keep the deficit at five.

Buehler's night is done. The Dodger thrower pitched six solid innings, allowing one run on three hits with a single walk and 10 strikeouts. Right-handed reliever Blake Treinen replaced Buehler and retired the side in order.

The Dodgers went quietly in the seventh. 6-1 with the Rays running out of time.

Buehler settled right back down in the sixth inning to keep his team's five-run advantage. Though six innings, Buehler has 10 strikeouts.

The no-hitter is done as well as the shutout. With one out in the fifth, Manuel Margot hit a double down the left field line. Two batters later, Willy Adames hit another double off Buehler to score Tampa's first run of the inning. Buehler and the Dodgers got out of the inning without allowing anymore damage and lead 5-1 headed to the sixth.

Morton was pulled from the game after recording the first out in the fifth. On the night, Morton pitched 4.1 innings, allowed seven hits and five earned runs with one walk and six strikeouts. The Dodgers didn't score in the inning after putting up two spots in the previous two.

Another perfect inning for Buehler. The starter has a no-hitter through four innings. He's allowed just one walk with four strikeouts.

The Dodgers added two more run in the inning to extend their lead to 5-0. Los Angeles has seven hits with Tampa Bay still stuck a zero.

Turner is having himself an evening. After picking up two hits and scoring two runs, the 35-year-old made a nice play with the glove to rob Mike Zunino of a hit before turning a double play to end the inning.

With two outs and runners on second and third, Max Muncy connected on a solid single to centre field, scoring two runs and extending their lead to 3-0. Also in the inning, Turner added his second extra-base hit of the evening, a double after hitting a home run in the top of the first.

It appears Buehler is in the zone in Game 3. The 26-year-old had another perfect showing in the second inning and has four strikeouts with no hits or walks so far on the evening.

After giving up two hits, including a solo homer, in the first inning, Morton settled down in the second as he retired the Dodgers hitters in order.

Walker Buehler is the starting pitcher for the Dodgers while Charlie Morton is on the mound for the Rays.