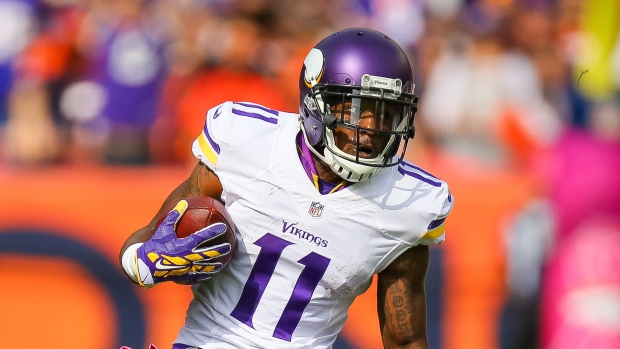 Wallace, who leads the team with 20 receptions and 233 receiving yards, was allowed to run off to the side.

Wallace had eight catches for 83 yards and his first touchdown with Minnesota at Denver but apparently suffered an injury at the end of the game. Vikings coach Mike Zimmer wouldn't reveal the injury when the team returned from its bye week, but Wallace appeared to have a brace on his left knee on Wednesday.

Receiver Charles Johnson returned to practice for the first time since injuring his ribs in Week 3. Jarius Wright, who played just one snap against Denver with an injured hand, also practiced as the Vikings (2-2) prepare to host Kansas City (1-4).