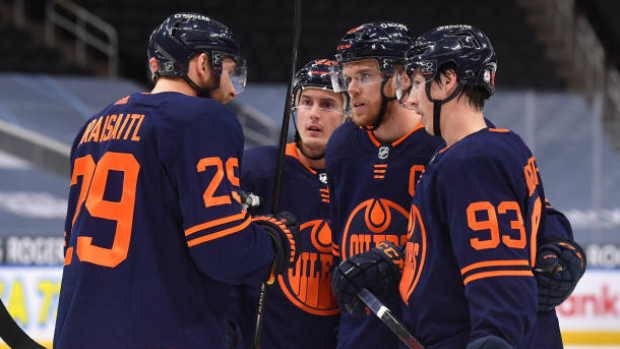 A season with possible division title hopes launched with a bit of a rocky start this week in Edmonton, where the Oilers dropped two of three games and were outscored 12 to nine in the process.

Dropping two out of three games isn’t of significant concern, even in a truncated 56-game season. But the Oilers two key bets this off-season – the first to leverage their cap space to bring in more talent further down the lineup; the second to run it back with the Mikko Koskinen and Mike Smith tandem in net – were centre stage in the opening week, and not in the good way.

Let’s start with the depth note. One of the reasons why I have considered Edmonton a serious threat to Toronto in the North Division is they invested in creating deeper forward lines and better defensive depth. Leaning heavily on Connor McDavid and Leon Draisaitl to win games can be enough to push a team into the postseason, but that degree of top-heaviness tends to be easily handled by playoff-calibre clubs. We have seen that story many times before, and Edmonton is not unique on that front.

What type of investment and overhaul are we talking about? At the forward position, the Oilers brought Devin Shore, Dominik Kahun, Jesse Puljujarvi, and Kyle Turris into the fold, supplementing similarly new faces in Tyler Ennis and Kailer Yamamoto. Tyson Barrie and Slater Koekkoek were brought in as capable distributors from the blueline. 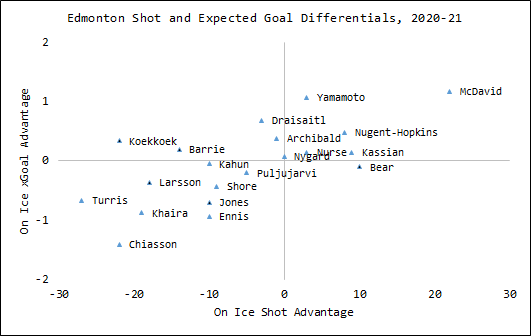 Edmonton’s bottom six isn’t expected to generate nearly the same degree of results as the top six, but they were largely punished by both Vancouver and Montreal in a way that you don’t see from playoff- calibre clubs. Over the three-game stretch, 10 Edmonton skaters had a Corsi% lower than 45 per cent, and not surprisingly, every one of those skaters ended on the wrong side of the goal differential battle.

It’s surely too soon to be concerned with the depth long term, especially since there are an incredible number of new or newish pieces injected into the lineup. But this is a book the Oilers have read before, and it’s the same book that has sunk playoff aspirations in prior years.

Expect head coach Dave Tippett to continue tinkering with the combinations behind McDavid and Draisaitl. He doesn’t have a choice.

That brings us to the second concern in the crease. We talked about the Oilers goaltending situation at length this off-season, a two-pronged wager that Koskinen could continue to be the goalie we saw last year, and that the veteran Smith would be able to alleviate some of the workload for Koskinen through the compressed schedule.

Koskinen hasn’t been able to buy a save early on – his 89.0 save percentage speaks for itself, and Evolving Hockey estimates he is already two goals worse than expected based on the shot profile faced.

But he is also playing behind a defence that has been curiously amenable in allowing attackers to reach dangerous shooting areas from the slot and inside of the circles, visualization courtesy HockeyViz: 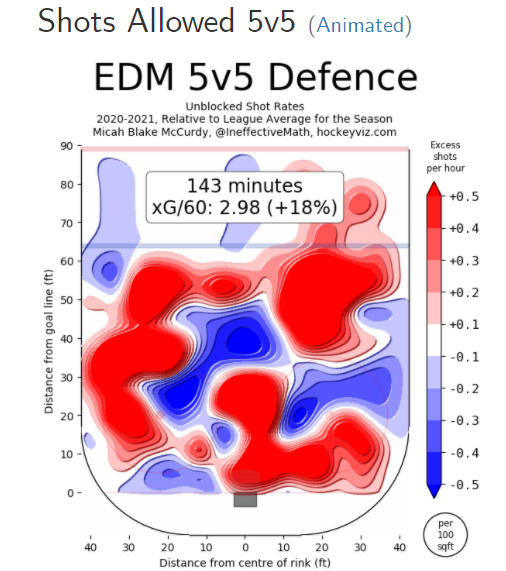 It’s impossible to understate Koskinen’s value to the team – even league-average goaltending would be a win for an Oilers franchise that has devoted significant cap space to the skater core. But it’s compounded by the fact they have little alternative option. Smith’s play was already of serious concern last season, and he is now mysteriously headed to long-term injured reserve. Third-string option Anton Forsberg was also lost, previously claimed on waivers.

The good news is that three games and one calendar week rarely define a team, and there’s plenty of time for the non-superstar sect of Edmonton’s roster to take a step forward. Such a step forward would be render Edmonton a genuine threat in the playoffs – something we haven’t said about the organization in quite some time.