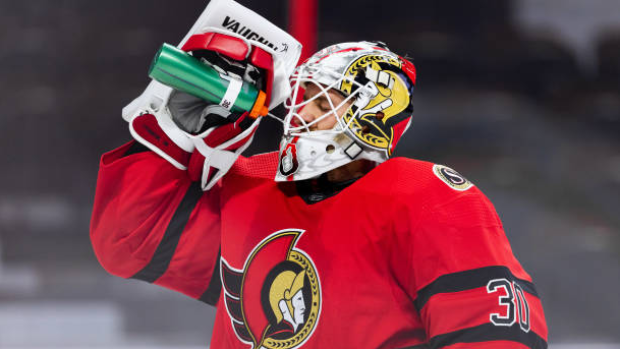 Where does the rebuild go from here? It’s the most pressing question facing the Ottawa Senators.

Temporary realignment due to the coronavirus outbreak has put the Senators in a difficult position this season. The Atlantic Division was top-heavy, offering a sampling of elite teams and minnows alike. The North isn’t nearly as strong at the top, but it has an ample number of average or slightly above-average teams. That means Ottawa has been a sizable underdog in almost every game this season.

It’s the inverse of what their Ontario rival in Toronto is dealing with this season. The Maple Leafs have established themselves as the prohibitive favourite to emerge from the North, but there are still genuine concerns about how they will match up against some of the league’s elite teams.

And much like the Maple Leafs won’t be tested against old Atlantic foes like the Boston Bruins and Tampa Bay Lightning, the Senators don’t have an opportunity to establish their game against other rebuilding or transitional teams like the Buffalo Sabres and Detroit Red Wings.

But one thing seems increasingly clear: The Senators do not appear to be close to competing for a playoff berth, running behind their self-established timeline.

Shifting a rebuilding timeline isn’t the worst outcome. Sometimes slowing down and being realistic about player development and broader organizational talent can be a net win. Decisions and player moves made out of frustration with rebuilds and timelines tend to end ugly – we have a laundry list of examples to point to on that front over the past 20 years.

That said, it’s important for Ottawa to understand what’s not working right now. The team is 10-20-1, and that’s with three wins against Toronto. From my perspective, there are three notes of concern for Ottawa as they head towards the off-season.

Ottawa tried to answer this question last off-season, bringing in 26-year-old Matt Murray on a four-year, $25 million-dollar contract – one with a limited no-trade clause that kicks in next season. The Murray signing was always going to be a bit of a gamble, with the Senators betting that Murray’s ugly final year in Pittsburgh was an outlier and that buying low on a goaltender with upside would pay off.

One problem: Murray is following up last season’s career lows (which were already sub-replacement level) with new career lows in Ottawa.

Some of this is indisputably tied to raw and immature defensive structure up front, but Murray has built a small film room of mistakes in a matter of 22 games. And there hasn’t been anything to smile at behind Murray – Marcus Hogberg (85.9 per cent stop rate) has been abysmal, and Joey Daccord (89.7 per cent stop rate) is still quite young.

As a group, they are 31st in the league by a considerable margin: 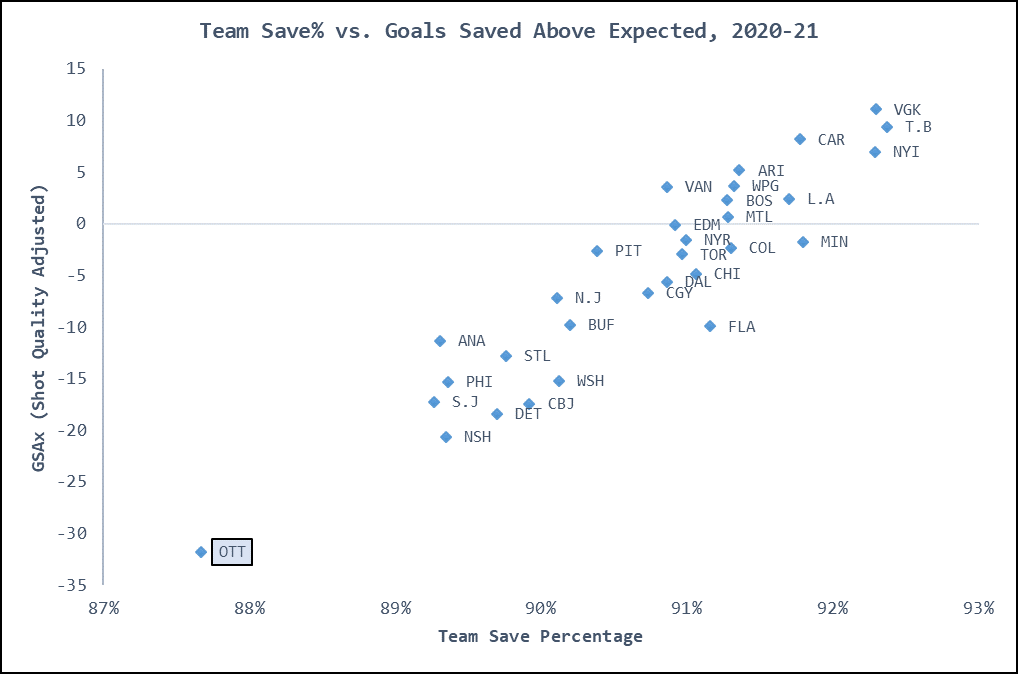 The amount of daylight between Ottawa and teams with truly dreadful goaltending – the tandems in San Jose and Detroit have struggled for years now – is staggering. And again, some of this (especially the team save percentage numbers) is just as much a reflection of poor defensive play as it is substandard goaltending.

Goaltenders have made ample mistakes in Ottawa’s net this year. On the other hand, there is a staggering amount of shooting volume coming from dangerous scoring areas – and in Ottawa’s case, the low slot specifically: 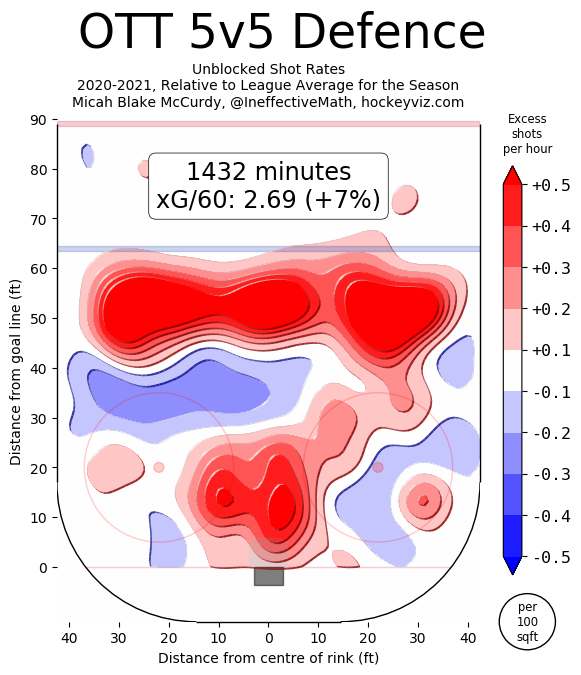 2. Are the kids alright?

That brings me to my second point. Ottawa is struggling as a team because most players on the team are struggling.

The veteran players occupying roster spots (or, even worse, brought in for stability purposes on short-range contracts) have largely been anchors on the team’s overall performance. But at some point, performance-based scrutiny will follow the younger players as well. It’s a young man’s NHL, and although development isn’t linear, you want to see guys sustaining some degree of success at this level.

Some of this rebuild has already paid off. Forward Brady Tkachuk is a bona fide top-six forward and one of the game’s best at attacking in the interior at the age of 21. Defenceman Thomas Chabot, 24, has shown more than enough over his four years in the league to be considered top-four calibre on the blueline. But most of the rest is still up in the air.

Let’s look at how each player’s on-ice contributions have stacked up this year, but let’s also control for some of the woeful goaltending that has been behind them this season.

That’s a sea of red, but I think a couple of examples – defenceman Artem Zub (via KHL St. Petersburg) and forward Nick Paul – are important, because it shows that not every player is struggling, and not every player’s woeful numbers can be chalked up to merely the teammates around him. Zub has been exceptional in a second-pairing role, and Paul has evolved into a reliable middle-six forward with a polished defensive game.

A lot of these players are simply going to need more time. Tim Stutzle has 17 points in 28 games as a 19-year-old rookie, an early indication that there’s a lot of upside to his offensive game already. But it is critical for Ottawa to figure out, and relatively quickly, which of their transitional prospects still have upside to lean into and which ones are hitting a wall.

One of the quickest ways to enhance (and in some cases, accelerate) a rebuild is by understanding your prospect pool better than every other organization.

Every team in the league loves trading for 22-year-old players with upside. But the gap between a Griffin Reinhart trade and, say, a Filip Forsberg trade is significant. And merely waiting for all prospects to develop, knowing that some of these guys just won’t get there, is rebuilding poison.

With no salary cap relief through growth, the teams tight against the cap – of which there are many – are going to have to be increasingly flexible in order to preserve their contention window. Some of those teams are going to naturally regress towards the middle of the pack of the standings anyway, and there will be ample player displacement.

The Senators have $18 million in real cap space right now, and have very few players signed through next season. If the appetite to spend any money on improving the roster is there, Ottawa is as well-positioned as anyone to take advantage – be it by buying up draft picks for dead contracts or acquiring talented players made available from cap-strapped teams.

The question, ultimately, is if they have the cash flexibility to achieve that.