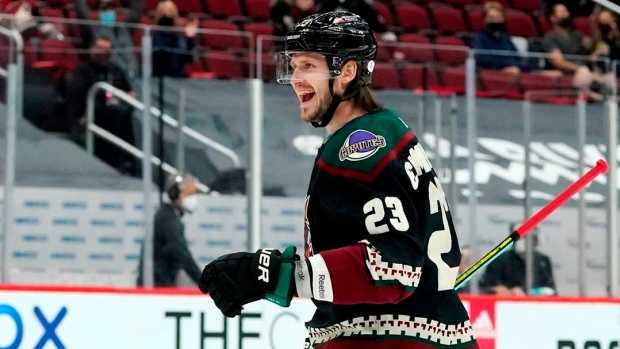 There are two pressing questions for Vancouver entering next season. The first one is obvious: The team needs to get contract extensions finalized for both 22-year-old forward Elias Pettersson and 21-year-old defenceman Quinn Hughes. Pettersson and Hughes are budding stars – I would argue Pettersson is already there – and will command significant salary increases, even on bridge deals.

With the signing of Jason Dickinson (three years, $2.6-million annual) on Saturday, the Canucks have around $13-million in cap space to get these deals completed after placing Micheal Ferland on long-term injured reserve and drawing down to a 23-man roster.

No negotiation is easy, but these deals should get done. Which brings us to another pressing question, one with short- and long-term implications: What exactly are the Canucks getting in defenceman Oliver Ekman-Larsson, and is he the missing piece on the blueline to bring this team back into the playoffs?

I don’t blame you if you did a double take reading Ekman-Larsson and Vancouver – the Canucks have been awfully busy this off-season and that trade with Arizona seems like ages ago. But taking on Ekman-Larsson and his planetary-sized contract was part of the price (along with a healthy serving of draft picks) to acquire talented winger Conor Garland. The 30-year-old Ekman-Larsson’s $7.3 million AAV, a term extending out to 2026-27, and depreciating performance combined to incentivize the Coyotes to trade a player who gave their franchise 794 games.

Make no mistake, Vancouver is betting on Ekman-Larsson to rebound in Vancouver. You don’t take on a contract of this size and length if that’s not part of the math. But it is a fascinating, if tremendously risky, bet.

At his best, Ekman-Larsson was a dreamy shutdown defender – the type of interior rock every front office is looking for. But consider what’s happened over the past few seasons to Ekman-Larsson’s performance – I’ve overlaid his Goals Above Replacement percentiles (by season) against his utilization by the Coyotes: 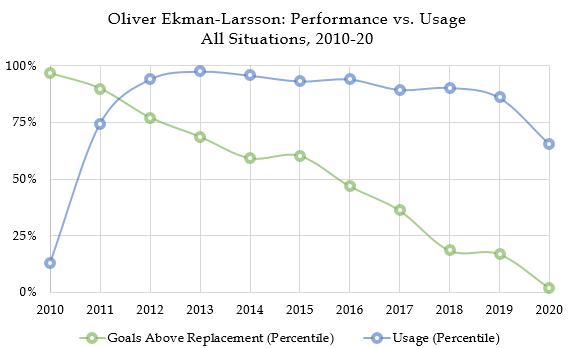 Ekman-Larsson was a reliable top-four defender early in his career. Unfortunately, that year-over-year trend looks more like a ski slope – the exact trend you do not want to see if you are a general manager betting on a rebound.

The Coyotes haven’t had many great alternatives on the blueline (to say nothing of their futile roster-building attempts over the years), but at some point, Ekman-Larsson transitioned from carrying this team on his back to struggling in his own minutes.

I overlaid the usage because I think it’s an important corroborating point. It’s not just the data that was suggestive of Ekman-Larsson’s play deteriorating.

Ekman-Larsson’s iron grip on demanding incredible minutes has also been lost in recent years. Last season (and the final season under then-head coach Rick Tocchet), Ekman-Larsson fell to the 66th percentile in usage. And more notably, Ekman-Larsson was third on his own team, trailing Jakob Chychrun and Alex Goligoski.

The Coyotes have provided relatively stable offensive output with Ekman-Larsson on the ice, but defensively is where the deterioration has been observed. If we look at how the Coyotes have performed defensively with him on the ice by goals and expected goals against, we see a steady increase in scoring against: 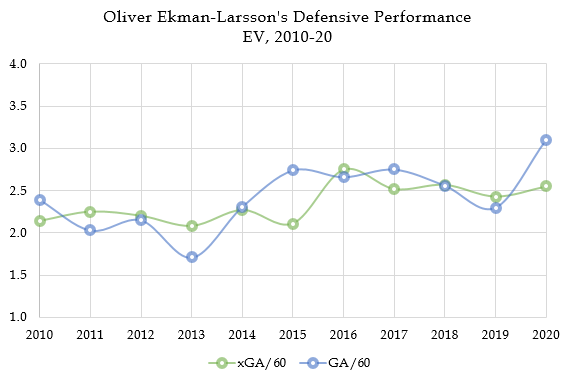 For years, Ekman-Larsson was able to out-contribute most of his defensive peers off sheer defensive dominance. His ability to skate out of danger and create breakout opportunities for puck carriers through the neutral zone routinely bailed the Coyotes out of danger. Even when the competition had the puck in their offensive third, getting inside a player like Ekman-Larsson (who played a ton of minutes with veterans Zbynek Michalek and Adrian Aucoin) was quite difficult.

But Ekman-Larsson isn’t a young player anymore, and last year was a mess – he played hurt through parts of the year, and when he was on the ice, the usual defensive zone aggression was gone. That meant open tarmac for shooters from the low circles and low slot, the most dangerous areas of the ice (via HockeyViz) 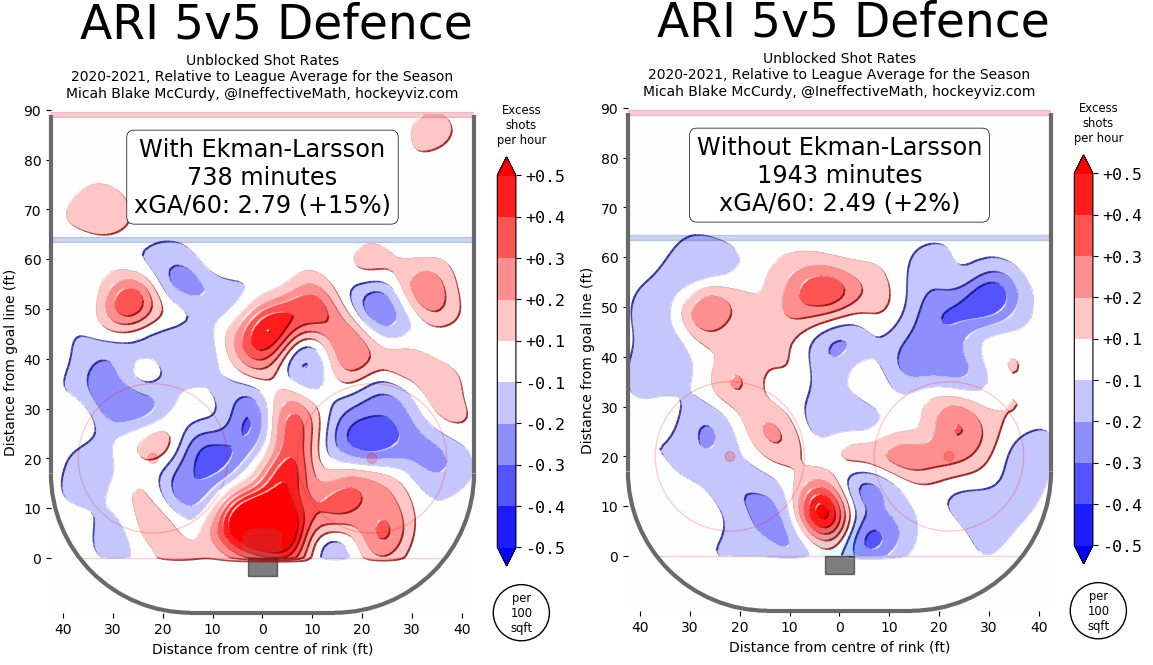 The shot profile on the right is how Arizona looked without Ekman-Larsson on the ice, or in other words, with the first or third pairing deployed. The million-dollar question here is how these units (a wide variety of forwards and defenders alike) were able to get performance near league-average, whereas Ekman-Larsson’s units weren’t anywhere close.

At his best, Ekman-Larsson is a capable puck-mover who can bring some offence to the Vancouver lineup. But this deal will ultimately be measured on whether he can return to form on the defensive side of the ice.

If the past few seasons were a harbinger, it’s hard to see a long-term success plan for a player already in his 30s. If that’s the case, Vancouver just took on an awful lot of salary for a very long time.