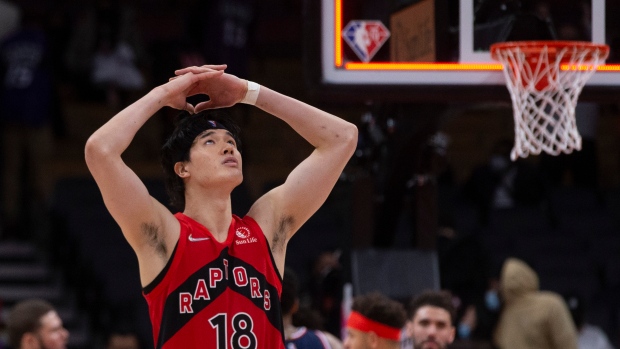 TORONTO — The Raptors have announced that Yuta Watanabe and Svi Mykhailiuk have entered the NBA's health and safety protocols and will not be available for Toronto's game Tuesday night against visiting San Antonio.

The Raptors have been dealing with a significant number of COVID-19 cases over the past weeks.

They had 10 players in the NBA's protocol, including their entire starting lineup, when they suffered a Dec. 26 loss at Cleveland. The Raptors were forced to field an eight-man roster featuring four hardship signees.

However, Toronto had most of its players available for its previous two games — both wins.

This report by The Canadian Press was first published Jan. 4, 2022.