Following a successful Scotties Tournament of Hearts, the Tim Hortons Brier is the next test for the Calgary curling bubble.

Eighteen teams from across the country have arrived at Canada Olympic Park as they prepare for a 10-day journey which will end with a national men’s curling title for one squad on Sunday, March 14.

At the Scotties, Kerri Einarson’s foursome from Gimli, Man., were the favourites coming in and they didn’t disappoint. The 2020 champs had odds of +180 to defend their title, and they did just that, beating Ontario’s Rachel Homan in the final for a second straight year. 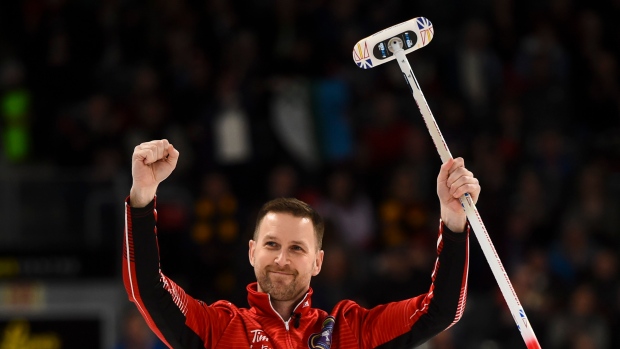 If the St. John’s foursome can find their way to the top of podium in Calgary, the 40-year-old Gushue will join Ernie Richardson, Kevin Koe, Randy Ferbey and Kevin Martin as the only skips to win the national championship four times.

Gushue and his rink have had limited game action this season due to the pandemic. But, when they’ve played, they’ve been perfect. Team Gushue has won all 12 of their games, winning a pair of bonspiels. And they’ll get an extra boost to their lineup inside the bubble as lead Geoff Walker will make his season debut. 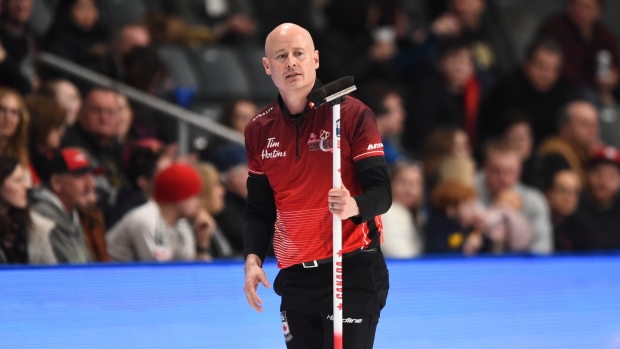 The 46-year-old, who missed the playoffs last year as the defending champ, brought two-time Olympic gold medalist John Morris on board as a replacement for second Colton Flasch this spring.

Watch as Kevin Koe attempts a daring triple takeout with his final shot and nails it, handing the Wild Card team their first loss and stealing the win for Canada.

Koe is hoping the change will get his squad back into familiar territory at the Canadian men’s curling championship.

The disappointing finish in Kingston was unusual given that Koe had made the Brier finals in six of his seven appearances heading into last year’s national championship.

Capturing a fifth Tankard in Calgary would give Koe the record for most Brier championships by a skip.

With hammer in the first end, Brad Jacobs makes a perfect angle raise double to score four and take a big lead over Newfoundland and Labrador.

Up next is 2013 Brier champion Brad Jacobs and his team from Sault Ste. Marie.

Jacobs, 35, has made the playoffs at all six Briers he’s played in since his triumph in Edmonton eight years ago. However, Team Jacobs’ record in those playoffs is 1-8.

The rink, which now has Marc Kennedy at vice, continued their playoff streak last year in Kingston by winning a pair of tiebreakers after getting off to a slow 1-3 start. However, they ran into the eventual champions in Team Gushue in the 3 vs. 4 game.

Team Jacobs come into the tournament as the No. 1 rink in Canada, thanks to three straight wins on the Grand Slam circuit last season.

Even with just three playoff teams this year, count on the perennial contenders from Northern Ontario being in the mix. However, the question remains, will this be the year they get over the hump and back on top of the Canadian curling mountain? 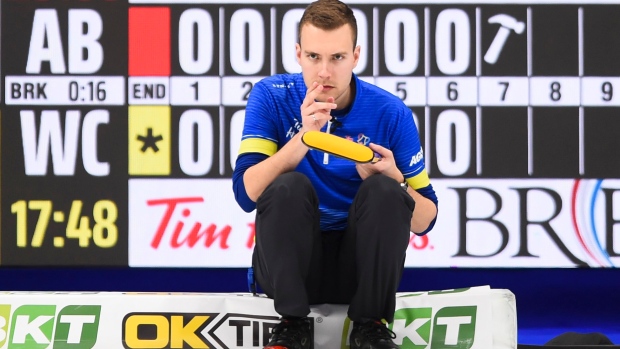 If there were ever a team that was due for a title, it would be Team Bottcher out of the Saville Community Sports Centre in Edmonton.

Over the last three Briers, Bottcher has amassed a record of 31-10.

Is this finally the year for Bottcher? 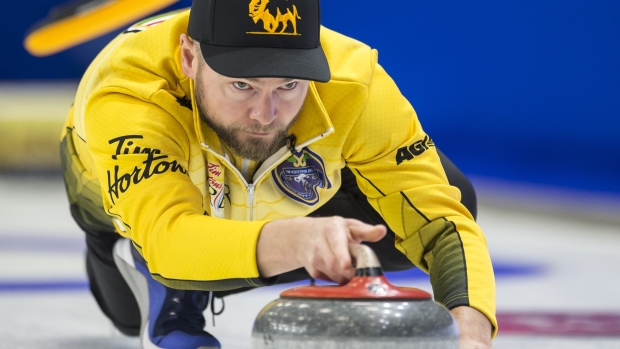 Next in line is Winnipeg’s Mike McEwen, who will represent a wild-card team for a second consecutive Brier and for the third time in four years. It also marks the sixth straight year McEwen has qualified for the tournament.

After making the final four in first two appearances at nationals, the 40-year-old has missed out on the playoffs the past three times. It will be even harder this year with only three teams making the playoffs.

McEwen’s rink has only played in one bonspiel this season and rattled off a 7-1 record to win it.

Will the bubble bring good fortunes to Team McEwen?

Watch as Ontario's John Epping makes an angle raise for three points in the fourth end to get within one.

Ontario is next in the dark horse group with odds of +750 to win the title.

John Epping and his foursome from the Leaside Curling Club in Toronto were the home province at last year’s Brier and gave it a valiant run, but ultimately came up short of the playoffs with an 8-4 defeat to Northern Ontario’s Brad Jacobs in the second tiebreaker.

This will be third Brier for Ontario’s 37-year-old skip. Epping made it to the playoffs in his first Brier back in 2018, losing to Bottcher in the semifinals.

Watch as Saskatchewan skip Matt Dunstone makes no mistake on a brilliant runback triple in the 10th end to score four and rob British Columbia of a win in Draw 6.

Sharpshooting skip Matt Dunstone led Saskatchewan to the Brier playoffs for the first since 2015 at last year’s Tim Hortons Brier.

After making a handful of all-world shots throughout the week – including a couple Hail Marys to win games – Dunstone and company found themselves in the 1 vs. 2 game. They may have dropped both of their playoff games, but proved they’d be formidable foes for years to come.

And they may have gotten better this off-season by adding former skip Kirk Muyres to the fold as the team’s new second. The change has resulted in two wins in a limited tour schedule this season.

At +1100 odds, Team Dunstone might have the best value at this year’s championship.

Saskatchewan hasn’t won the Brier since 1980 when Rick Folk accomplished the feat.

Will the 25-year-old skipper bring the heat for a second year in a row?

Must See: A Manitoba Miracle!

Jason Gunnlaugson scores three in a dramatic 10th end to win the game for Manitoba.

Not far behind Dunstone is Jason Gunnlaugson who also garnered plenty of attention at last year’s Brier with some late end drama, particularly one game-winner known as the Manitoba Miracle.

In just his second career Brier, Gunnlaugson isn’t a favourite to win, but should be in the mix for the championship pool once again.

Team Gunnlaugson finished with a 5-6 record in Kingston last year. 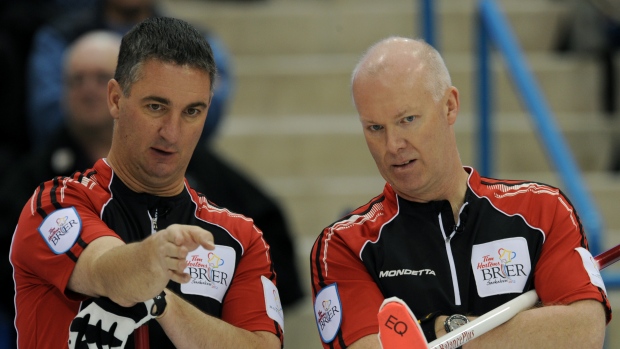 The Brier bubble will be the 18th Canadian championship for 58-year-old skip Glenn Howard.

The four-time world champion won't be 100 per cent healthy coming into the event as he’s dealing with broken ribs after a recent snowmobile accident.

Howard is also bringing along long-time friend and former teammate Wayne Middaugh to act as an alternate, but he’s expected to get considerable playing time.

Even though we’ve been saying this for the last few years, the 2021 Tim Hortons Brier could very well be Howard’s last in his illustrious career. Does the possibility of a Hollywood ending exist?