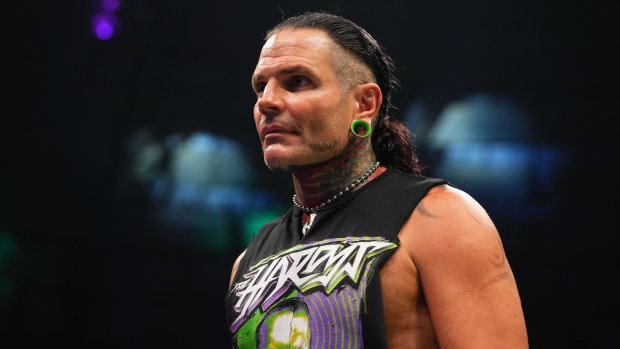 Owen Hart Foundation Cup qualifying match: Jeff Hardy (w/ Matt Hardy) vs. Bobby Fish (w/ Kyle O'Reilly) - Two members of the Undisputed Elite have already qualified for the Owen Hart Foundation Cup in Adam Cole and Kyle O'Reilly and Bobby Fish will look to make it a third on Wednesday night, but he will have a tall task ahead of him in the form of Jeff Hardy. The match marks Hardy's first singles match in AEW and the stakes couldn't be much higher. A six-time world champion, Hardy might be considered the favourite to win the entire tournament should he qualify. A tag-team specialist and one half of reDRagon, Fish is working his first singles match in over two months. He is 6-4 in singles action during his time in AEW. Last time out, Fish defeated Robert Anthony on the Feb. 7 edition of Dark: Elevation. While both Hardy and Fish are veterans of the industry, this will be a first ever meeting between the two who have won a combined 19 major tag-team honours. Will Fish make it three-for-three for the Undisputed Elite or will Hardy's first singles match be a successful one?

Santana (w/ Ortiz and Eddie Kingston) vs. "The Influencer" Chris Jericho (w/ Jericho Appreciation Society) - Former Inner Circle members collide as Chris Jericho takes on Santana in a grudge match that is unlikely to be pretty. The story thus far of the war between Santana, Ortiz and Eddie Kingston and the Jericho Appreciation Society has been the numbers game. The five-on-three advantage has meant that, more often than not, Santana, Ortiz and Kingston have been left lying. On last week's Dynamite, Jericho upped the ante by throwing a fireball in Kingston's face. Santana and Ortiz were able to get a measure of revenge on Rampage when they jumped Jericho at the commentary desk, but on Wednesday night hostilities will return to inside the ring. Considering the level of enmity that's been on display between these two groups, neither Jericho nor Santana is likely going to care about a win or loss on Wednesday night and will be simply out to inflict as much damage on the other as possible. Which of these two men will claim victory in the latest battle of this bitter war?

ROH Women's World Championship unification match: "The Virtuosa" Deonna Purrazzo (c) vs. Mercedez Martinez (interim champion) - One of the most dominant women in the industry makes her AEW debut on Wednesday night as Impact Wrestling's Deonna Purrazzo arrives on Dynamite to unify the ROH Women's World Championship against Mercedes Martinez. The former Impact Wrestling Knockouts Champion and former AAA Reina de Reinas Champion, Purrazzo has built up an incredible resume over the past several years, taking on the likes of Taya Valkyrie, Mickie James and Jordynne Grace. Martinez claimed the interim ROH Women's World Championship at Supercard of Honor last month by defeating Willow Nightingale. Purrazzo and Martinez are no strangers to one another and have done battle on a number of occasions in the past. The career series between the two women in singles matches sits at 3-3. The last time out, Purrazzo defeated Martinez on the Jan. 6 edition of Impact. Martinez has made it clear that she's not happy carrying only an interim title. She believes that as long as the belt she carries is called an "interim," she can't be viewed as a real champion. On Wednesday night, she will have her opportunity to become the "real" champion if she can get past Purrazzo. Which woman will walk away with all of the gold?

"Mr. Mayhem" Wardlow vs. ? - Maxwell Jacob Friedman's quest to take out Wardlow has proven fruitless, thus far. Neither of MJF's hired guns, The Butcher or "The Murderhawk Monster" Lance Archer, were able to get the job done and both ended up on the receiving end of a Powerbomb Symphony. On Wednesday, MJF will try again with an as-yet unnamed opponent for Wardlow, but there are clues. Friedman has said that the man in question is both smarter and taller than Wardlow "and you can't teach that." Then on Rampage, Shawn Spears went into further detail and said the person in question has "Pinnacle potential." The signs seem to point to Impact Wrestling's hulking W. Morrissey as MJF's latest mercenary. Should that be the case, Wardlow will certainly have his hands full with a man whose career has been transformed since joining Impact. Will the third time be the charm for MJF's hired goons or will Wardlow keep rolling on his path towards MJF?

Trios match: Blackpool Combat Club ("The American Dragon" Bryan Danielson, Jon Moxley and ROH Pure Champion Wheeler YUTA) (w/ William Regal) vs. Andrade Family Office (Angelico, The Butcher and The Blade) (w/ Jose the Assistant) - The Andrade Family Office will be the next team to try their luck against William Regal's team of killers and if this match goes anything like previous Blackpool Combat Club matches, they could be in for a long night. Since adding Wheeler YUTA to their ranks, the BCC is undefeated in trios action and will look to keep it that way on Wednesday night. YUTA enters the match fresh off of the news that he will be competing in the B block of New Japan Pro-Wrestling's Best of the Super Juniors tournament later this month against some of the best junior heavyweights in the world including Vancouver's El Phantasmo, Los Ingobernables de Japon's BUSHI and Robbie Eagles. On the biggest roll of his young career, YUTA will be looking to continue that momentum on Wednesday night against the AFO. Will YUTA and the BCC continue their head of steam or will the AFO hand them their first loss as a unit?

Owen Hart Foundation Cup qualifier: Rey Fenix (w/ Penta Oscura, PAC and Alex Abrahantes) vs. Dante Martin - After making his return to AEW on last week's Dynamite, Rey Fenix steps into an AEW ring for the first time since January when he takes on Dante Martin in an Owen Hart qualifier. Out of action with a shoulder injury, Fenix made his return to the ring in a losing effort on last Saturday's AAA TripleMania XXX show in Monterrey, Mexico when he and AAA Mega Champion El Hijo de Vikingo fell to The Young Bucks (Nick Jackson and Matt Jackson) in tag-team action. With Death Triangle still embroiled in a feud with House of Black (Malakai Black, Brody King and Buddy Matthews), Fenix will have to put that on the backburner to meet Martin's challenge. Martin once again finds himself in singles competition thanks to another untimely injury to the other half of Top Flight, older brother Darius Martin. With his brother out of action for much of 2021 and early 2022, Martin's singles career took off with matches against the likes of Miro, Bandido and AEW World Champion "Hangman" Adam Page. Martin is no longer simply a tag-team specialist and is now a known commodity in AEW and should present quite the challenge for Fenix. Which of these two high-flyers will emerge victorious?