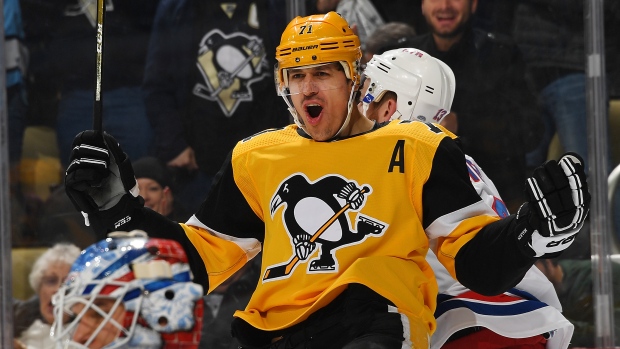 Pittsburgh Penguins centre Evgeni Malkin’s agent says the NHL star is hiring a lawyer in Russia to investigate how his name became linked to million-dollar losses at a cryptocurrency company in that country called Mark.Space.

On Oct. 29, the website Sports.ru reported that Malkin invested $4 million in Mark.Space. The company used Malkin’s celebrity to help raise more than $10 million throughout Asia, the Russian website reported. That money has since been lost, the website claimed.

Malkin’s agent, J.P. Barry, said in an interview on Thursday that Malkin is discussing the case with lawyers and plans to hire one to investigate the report’s claims.

Barry said Malkin invested about $2 million in a clothing company startup that was operated by a long-time friend. That company later began selling clothing online, but Barry said Malkin was never made aware that it was in the cryptocurrency industry.

Barry said no one from Sport.ru contacted him or Malkin to request comment before it published its report.

Malkin, who has not played since the Penguins’ second game of the season because of a lower-body injury, was asked about the Russian media report earlier this week.

“No, the internet – it’s garbage,” Malkin responded, according to Pittsburghhockeynow.com. “I don't like the internet. …Right now, it’s garbage for me. I know I’m a good guy. I don’t know what to say about that, because it’s a little bit crazy for me, but I know it’s nothing bad.”

Cryptocurrencies have been in existence for about a decade. Using digital currencies such as Bitcoin can be less expensive for users than credit cards that charge fees on transactions. But because they are largely unregulated, cryptocurrency can reportedly make it easier to dodge government regulators.