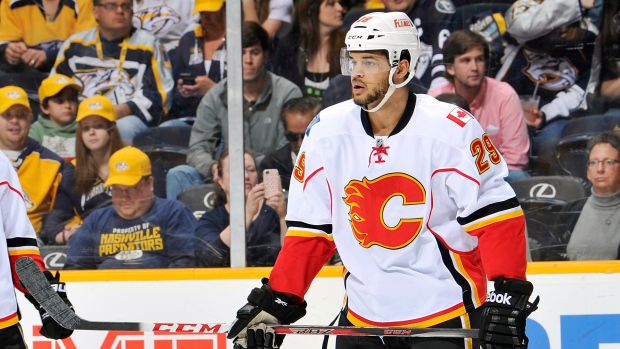 Akim Aliu is calling the Ukrainian Hockey League's punishment of a player who used a racist taunt during a game a "complete embarrassment."

The league announced Wednesday that HC Kremenchuk player Andrey Denyskin has been suspended for three games, and faces a ban of an additional 10 games unless he pays a fine of 50,000 hryvnia (around C$2,400).

During a game on Sunday, Denyskin taunted HC Donbass defenceman Jalen Smereck, who is Black, with a gesture that mimed peeling a banana and eating it.

The gesture was captured on video and has been widely circulated.

HC Donbass said on Twitter that it is demanding a tougher punishment for Denyskin.

Aliu, the chair of the Hockey Diversity Alliance, is among those criticizing the punishment as too lenient.

"How are we as POC (people of colour) ever supposed to trust the system when at every turn it fails to protect us. On and OFF the ice?" Aliu posted on Twitter.

Denyskin's actions have been widely condemned, with the International Ice Hockey Federation and NHL Players' Association among the organizations speaking out.

Smereck posted on Instagram on Tuesday that he is taking a leave of absence until Denyskin is "suspended and removed from the league."

Aliu, who is of Nigerian and Ukrainian descent, helped raise awareness of racism in hockey in 2019 when he alleged in a tweet that then-Calgary Flames head coach Bill Peters directed racial slurs at him when they were both in the minors a decade earlier.

Peters resigned soon after the allegations were made.

This report by The Canadian Press was first published Sept. 29, 2021.