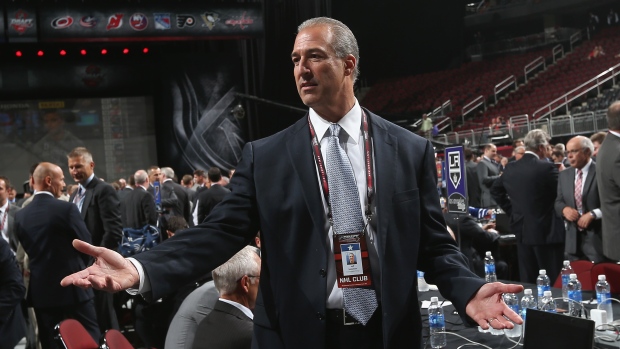 Solomon spent the past 15 years with the Kings, serving most recently as their executive vice president for hockey operations and legal affairs. He was in charge of Los Angeles' contract negotiations and the team's planning for the salary cap and the collective bargaining agreement.

Solomon was a key part of the Kings' front office during its two Stanley Cup championship seasons in 2012 and 2014. Before joining the Kings, he was a player agent who represented the likes of Tony Granato, Steve Sullivan and Bryan McCabe.

Solomon is joining the Ducks two weeks after the retirement of senior vice president of hockey operations David McNab, who had held the job ever since Murray was promoted to general manager in 2008. McNab was an original member of the expansion Ducks' front office in 1993.

This isn't the first time the Ducks have hired a key figure away from their local rivals.

Anaheim hired Darryl Sutter, who won both Stanley Cups behind the Kings' bench, as an advisor to its coaching staff in July 2019. Sutter returned to the Calgary Flames as their head coach last March.

The Ducks have missed the playoffs in three consecutive seasons for the first time since 2002, and they were the lowest-scoring team in the NHL last season. Their 17-30-9 record was the worst in the Western Conference and second-worst in the league.