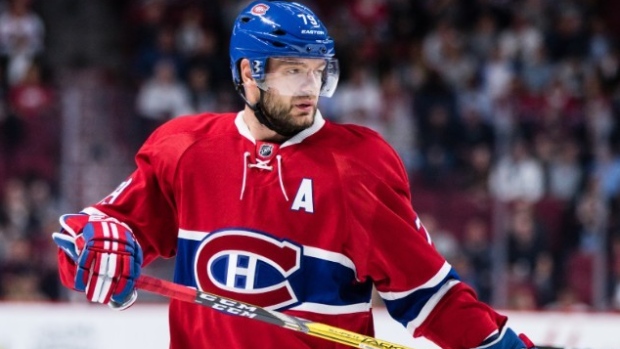 Andrei Markov is hoping to sign a one-year contract with an NHL team for the 2019-20 season, preferably with the Montreal Canadiens.

After 16 seasons in Montreal, Markov left the Canadiens two summers ago after he was unable to come to a contract agreement with GM Marc Bergevin. He returned to Russia and played in the KHL with Ak Bars Kazan the last two seasons, posting 47 points in 104 games, including a Gagarin Cup in 2018 as league champions.

Markov says he has missed “everything” about the city in an interview with The Montreal Gazette.

“Start from the bad roads, the crazy traffic,” said Markov. “The most is probably playing for the Canadiens. When you step on the ice you feel the fans, they’re so passionate and they support each game and you feel like the crowd’s got your back behind you. That feeling is kind of like something special, you know?”

“It’s something you want to be there,” Markov said about the milestone. “It’s important, you know? But most important probably is to try to play one more year in the NHL, to prove that I can still play in that level.”

If the Canadiens are not interested in bringing back the two-time NHL All-Star, Markov said he is willing to listen to other NHL offers.

“You never know,” he said. “Right now, I’m going to say, ‘Why not?’ For example, if the Canadiens don’t want me anymore and any other team gives me an offer or gives me an opportunity to play, I’ll probably take that.”

A return to the KHL isn’t out of the discussion either.

“I know I’m 40, but it doesn’t feel like I’m 40,” said Markov. “I worked hard over the summer and I’ve done some stuff I never did before. I put in lots of work this summer and I’m looking forward … we’ll see what’s going to happen.”