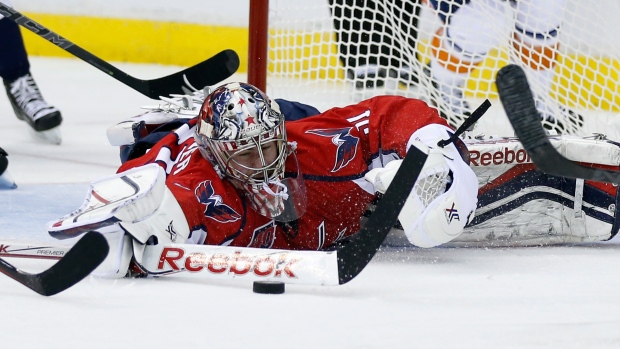 The Colorado Avalanche have signed newly acquired goalie Philipp Grubauer to a three-year deal worth a reported $10 million.

The Avalanche obtained Grubauer alongside defenceman Brooks Orpik in exchange for a second round pick on Friday. Orpik was waived earlier on Saturday for the purposes of a buyout.

TSN Hockey Insider Pierre LeBrun reports that the deal will pay the Rosenheim, Germany native $3.35 million, $3.9 million and $2.75 million over the three seasons.

The 26-year-old started the season as Braden Holtby’s backup but was in net for the first two games of the playoffs in Round 1 against the Columbus Blue Jackets. After the Caps dropped both games, head coach Barry Trotz turned to Holtby and the club went on to capture their first Stanley Cup in franchise history.

Grubauer was selected in the fourth round of the 2010 NHL Entry Draft (No. 112 overall) and has been with the Capitals for parts of the past six seasons.

Grubauer was a restricted free agent.