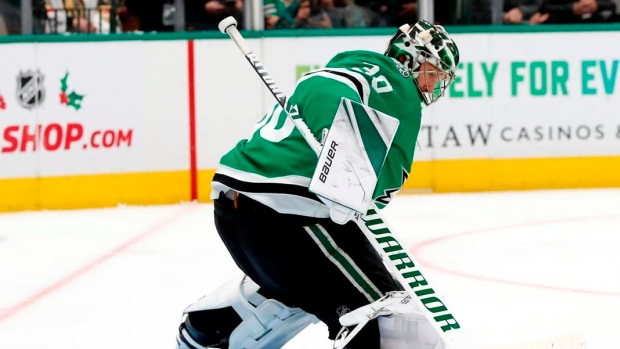 Dallas Stars general manager Jim Nill confirmed to Matthew DeFranks of the Dallas Morning News on Thursday that veteran goaltender Ben Bishop has agreed to waive his no-movement clause for the purpose of being left unprotected ahead of the July 21st expansion draft as the Seattle Kraken prepares to become the NHL's 32nd team.

Teams must submit their list of protected players by Saturday with the lists becoming public on Sunday. All 30 teams (the Vegas Golden Knights, the league's most recent expansion team, are exempt) must leave at least one goaltender unprotected.

The move will allow the Stars to protect Anton Khudobin. Jake Oettinger is exempt from the draft.

Nill confirmed to DeFrank's that Bishop's waiving of his NMC is solely for the expansion draft and not for a trade.

Bishop, 34, has spent the last four seasons with the Stars, but has missed significant time in each and did not play last season at all. The two-time Second Team All-Star has missed a combined 88 games, as well as 22 playoff games, in his time with the team.

Now heading into his 12th NHL season, the St. Louis-raised Bishop has two years remaining on a six-year, $29.5 million deal signed in 2017.