The Inside Edge: Time to drop Tatar?

Fantasy owners and high-event hockey fans alike have settled on their preferred division during this one-year realignment. It’s the North.

The all-Canadian division figured to be a bastion of excitement and intrigue for hockey fans – a seven- team grouping resulting from restrictions set forth by the COVID-19 pandemic. Entering the season, there was a clear divisional favourite in the Toronto Maple Leafs, and five other teams who had a taste of some variety of the playoffs last season.

What differentiates the North Division from the rest of the league? It’s all offence, all the time. There is little doubt that the roster composition of the Canadian teams by random chance are contributing to this. Most of the Canadian teams have rosters flush with productive attackers, partially offset by concerns on the blueline and in the crease.

What’s happened so far? The pace of offensive activity in the North Division has superseded all others. Scoring in the North is up about 10 per cent compared to the other three divisions, and expected goal rates (+9 per cent) are mostly in line with that scoring bump: 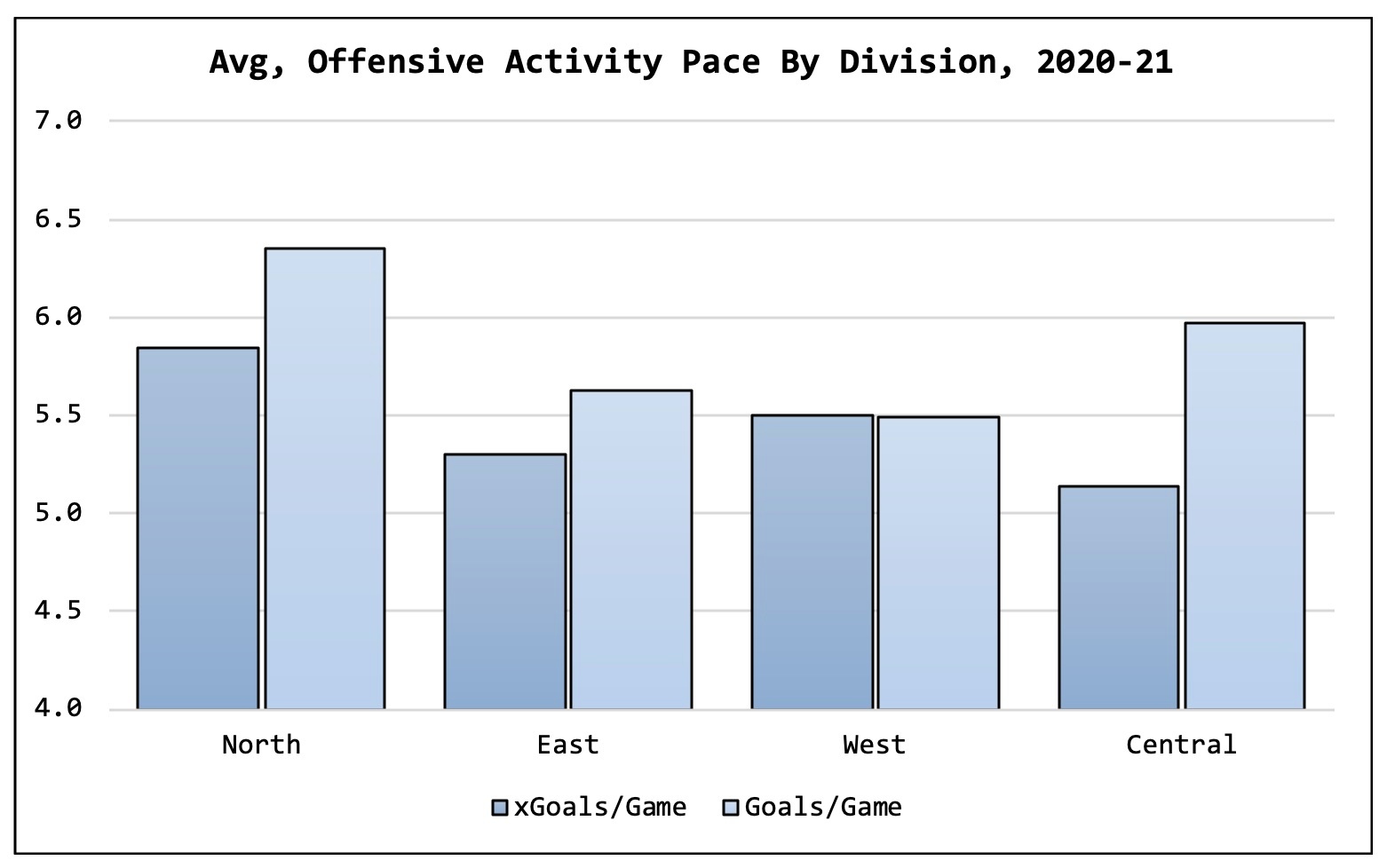 What is causing the surge of offensive activity in this division? The reality is it’s not being driven by one team going supernova for six weeks. In fact, four Canadian teams – the Ottawa Senators, Edmonton Oilers, Vancouver Canucks and Montreal Canadiens – are also the four teams playing the highest pace of hockey the NHL has seen this season.

You will notice the Toronto Maple Leafs aren’t included in this group. Despite being the second-highest scoring offence in the league, they have played generally slower-pace games, undoubtedly attributable to jumping out to early leads and slowing the game down as a result: 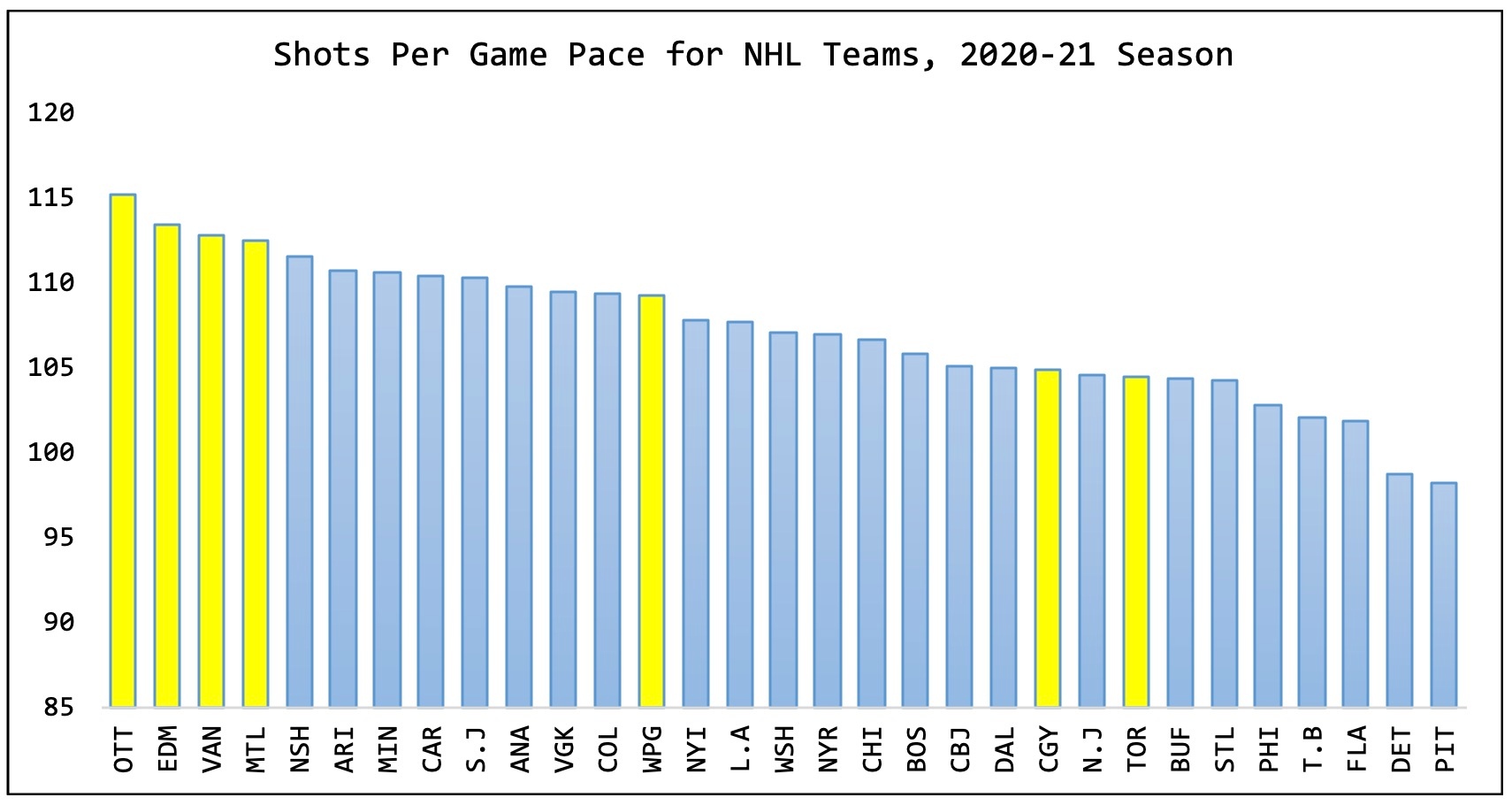 If you believe this is indicative of a long, sustainable trend for the rest of the season, and I certainly do, it may skew how you attack the trade market and free agency in respective fantasy leagues. It should not be lost that the flurry of offensive activity at the team level is also true at an individual level.

Consider some of the leaders in rate-scoring and expected rate-scoring to start the season. Much like the division level or team level overviews, it’s ripe with attackers from the North Division:

Each leaderboard has four representatives from the North Division, and not all of these players are widely owned in fantasy hockey leagues.

Maybe you won’t take a flier on a player like Vancouver’s Adam Gaudette, who despite all of the offensive activity has managed just two goals and zero assists in 15 games and lacks a track record of production.

But you may seriously consider the value of acquiring players like Brady Tkachuk and Brendan Gallagher, two offence-generating machines from the low slot who appear to be skating for teams that are playing at a frenetic pace. Edmonton’s Jesse Puljujarvi – brought back from Europe last off-season – is generating more dangerous offence than any player in the league, finding himself married to the hip of Connor McDavid and Ryan Nugent-Hopkins.

All this to say: skewing your fantasy hockey strategy to more aggressively targeting players inside of the North Division has already paid dividends. All of the underlying numbers suggest this trend will continue, which means if you are late to the game, there is still time.