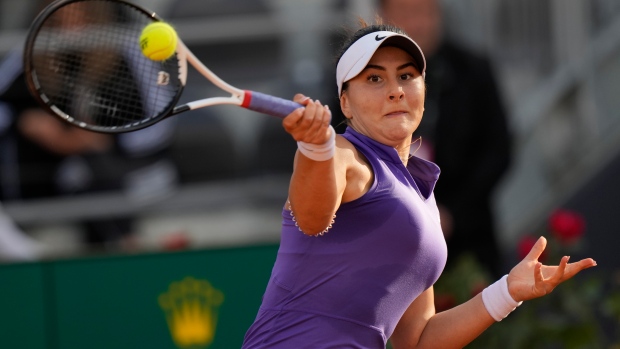 Bianca Andreescu is the lone Canadian scheduled to be on court Monday as she is set to take on Belgium’s Ysaline Bonaventure in the first round at Roland Garros.

Injuries continued to be the story for Andreescu to start 2022 as she made her return to the court only one month ago at Stuttgart. As a wild card at Stuttgart, she lost in the round of 16 to Aryna Sabalenka.

At the Madrid Open, the 21-year-old exited in the round of 16 after a defeat to Jessica Pegula of the United States.

The 2019 US Open winner’s best result so far in 2022 was at the Italian Open, where she reached the quarterfinals before losing to world No. 1 and eventual champion Iga Świątek.

Andreescu lost in the first round at Roland Garros in 2021 and reached the second round in 2019. This is her first Grand Slam appearance of the season after missing January’s Australian Open.

For Bonaventure, this is her first career appearance in the main draw at Roland Garros. Her best result at a Grand Slam was reaching the second round in 2020 at the US Open.