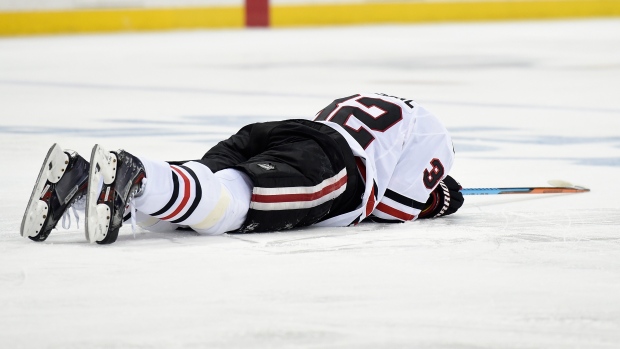 The Blackhawks also recalled defenceman Ville Pokka from Rockford of the American Hockey League and assigned defenceman Viktor Svedberg to the IceHogs.

Rozsival broke his left ankle in Game 4 of Chicago's second-round sweep against Minnesota in the playoffs. He re-signed with the Stanley Cup champions last month.

The Blackhawks host the New York Rangers in their season opener on Wednesday night.

The team announced the moves on Tuesday.