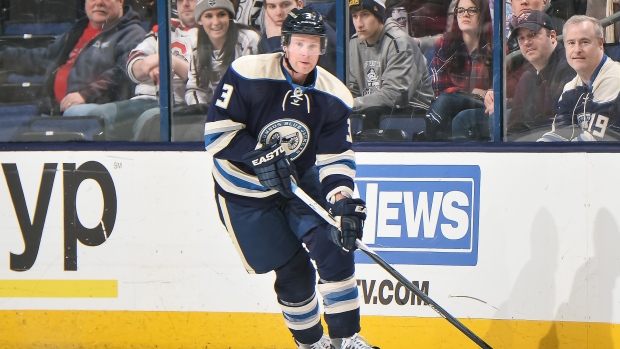 The Columbus Blue Jackets have traded defenceman Jordan Leopold to the Minnesota Wild in exchange for D Justin Falk and a fifth-round draft pick.

Leopold, 34, has scored one goal and two assists in 25 combined games with the Blue Jackets and St. Louis Blues this season.

He is currently in the second year of a two-year deal he signed prior to the 2013-14 season worth an average annual value of $2.25 million.

Originally selected in the second round (44th overall) of the 1999 NHL Entry Draft by the then-Mighty Ducks of Anaheim, Leopold has scored 67 goals and 146 assists in 677 career games with the Blue Jackets, Blues, Calgary Flames, Colorado Avalanche, Florida Panthers, Pittsburgh Penguins and Buffalo Sabres.