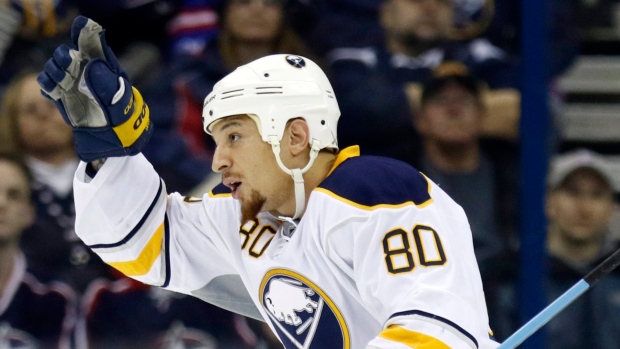 The Buffalo Sabres have traded right wing Chris Stewart to the Minnesota Wild in exchange for a second-round pick in 2017.

In 61 games with the Sabres this season, Stewart has scored 11 goals and 14 assists.

Currently in the final year of a two-year deal he signed prior to the 2013-14 season, Stewart's contract carries an average annual value of $4.15 million.

Originally drafted by the Colorado Avalanche in the first round (18th overall) of the 2006 NHL Entry Draft, Stewart has appeared in 443 career games with the Sabres, Blues and Avalanche, scoring 126 goals and 127 assists.

The Sabres will retain half of Stewart's remaining salary, according to the Minneapolis Star Tribune's Michael Russo.