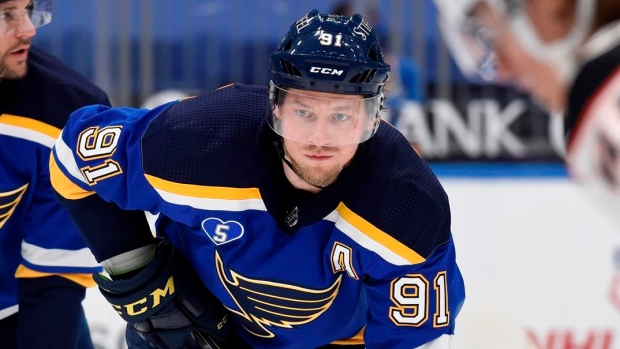 Armstrong on whether Tarasenko will be on the Blues’ roster in 2022-23: “I’m not concerned about Vladi for next year at all.” #stlblues

“I’m not concerned about Vladi for next year at all,” Armstrong told the media on Tuesday during the Blues' season ending availability.

The 30-year-old Tarasenko, who has spent his entire 10-year career in St. Louis, will enter the final season of his eight-year, $60 million contract in 2022-23.

Tarasenko scored 34 goals and 48 assists over 75 games with the Blues this regular season before adding six goals and three assists over 12 playoff games as the Blues were eliminated in the second-round by the Colorado Avalanche.

The Russian has netted 252 goals and 272 assists over 606 career games since the Blues selected him 16th overall in the 2010 NHL Entry Draft.