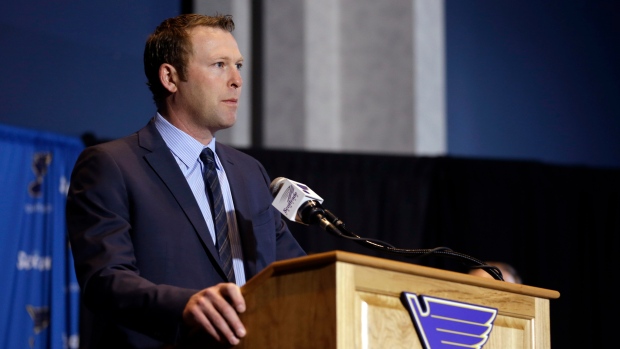 Brodeur, 43, finished his playing career when he retired on Jan. 27 as a member of the Blues.

Following his retirement Brodeur was hired as a special assistant to Blues general manager Doug Armstrong.

The NHL's winningest goalie of all-time, Brodeur spent the majority of his career with the New Jersey Devils, manning the team's crease from 1993 to 2014. In 1,266 games with the Devils and Blues, Brodeur posted a 691-397-105-49 record. He is also the NHL's all-time leader in shutouts and games played by a goaltender. He was selected to the NHL All-Star Game on 10 occasions.