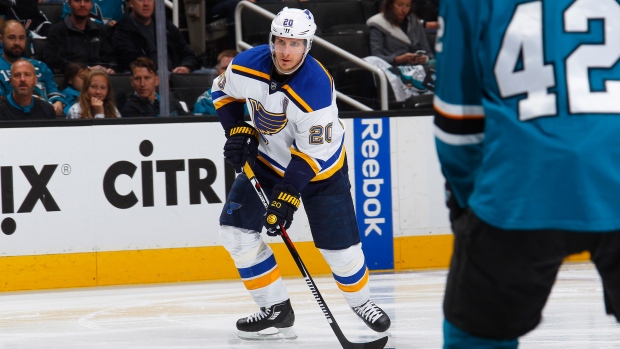 St. Louis Blues forward Alexander Steen, a key player on a team that advanced to the Western Conference finals for the first time in 15 years, had surgery on his left shoulder that could sideline him for the start of next season.

The 32-year-old Steen is entering his ninth season with St. Louis. The Blues said Friday that he's scheduled to be re-evaluated in 16 weeks.

Steen set post-season career bests with four goals, six assists and 10 points this spring. He was second on the team in the regular season with 52 points on 17 goals and 35 assists despite missing time with a knee injury.

The team made no mention of the injury when general manager Doug Armstrong and coach Ken Hitchcock met with media earlier this week.