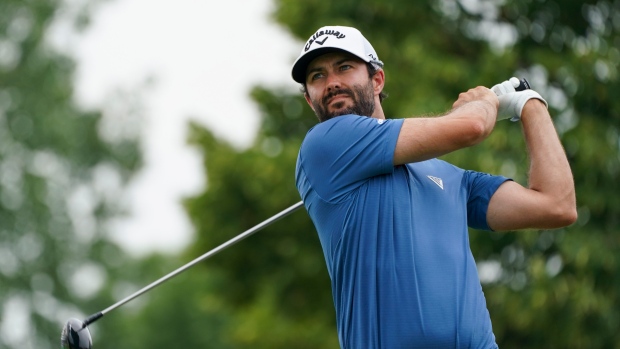 Adam Hadwin admits there were times last year when it was hard to avoid doubt.

His game, which had improved year after year, taking him from the Mackenzie Tour-PGA Tour Canada to the Korn Ferry Tour to the PGA Tour and into major championships and two Presidents Cup teams, suddenly hit a speed wobble.

For the first time in his last five seasons, Hadwin ended up outside the top 60 on the FedEx Cup ranking. Only a late-season push kept him inside the top 125, allowing him to retain fully exempt status for this year.

But if recent results are any indication, he appears back on track. Last week at the Shriners Children’s Open, the Abbotsford, B.C., product finished tied for sixth. That equalled his best result since July 2020.

“I’ve really just started to get out of my own way,” stated Hadwin of his recent improvement. “My swing changes are ingrained enough now that I can diagnose and fix things on the golf course. I have more tools to run through to get back on track. It’s a nice feeling.”

Last year, Hadwin undertook a significant overhaul of his game under the watchful eye of coach Mark Blackburn. Previously, he felt he relied too much on his putter and he wanted to become a better ball-striker, making him a more well-rounded player.

As he went through the alterations, he struggled. He missed 13 cuts in 28 starts, more than his previous four years combined. He was 133rd in Strokes Gained: Tee-to-Green and 166th in Strokes Gained: Approach the Green, two key ball-striking statistics.

As he slipped further down the FedEx Cup points list, it was hard to keep the negative thoughts out of his head.

“I think it’s natural to start questioning yourself when you play like that,” admitted Hadwin. “You wonder if you’re good enough, if you’re going to have a job, all that stuff comes into your head.”

It can also be tough to get motivated when you’re wallowing down the leaderboard in 60th spot, always playing early weekend tee times.

“Everyone out here knows that it’s still important to keep grinding for every point,” said Hadwin. “Every swing is important. They add up at the end of the year and we’ve seen guys miss the playoffs or cutoffs by a point or two. But it’s not easy to be motivated when you’re playing bad.”

And there were some bad weeks. He missed three cuts consecutively three different times during the year. He singled out his practice rounds at the Open Championship as the low point of the year, describing them as “horrendous.”

If there was a silver lining for the Canadian in his troubled season, it was that he managed to put together two big finishes when he needed them most. A tie for sixth at the 3M Championship moved him from 120th to 107th and then two weeks later a T10 at the Wyndham Championship pushed him to 96th and into the FedEx Cup playoffs.

“The biggest thing was that when the chips were down, I came through. I know what’s in there and that I can bring it out,” he stated. “That was a nice feeling.

That grit has been carried into the new year and along with his swing improvements, he feels confident that he can put himself in contention more often.

“I’m very pleased with where things are at,” Hadwin said. “I feel that I’m close to getting back to the winner’s circle.”

He’ll try to end up there in his next two starts, next week in Bermuda and the following week in Mexico. He’ll then take a break to head back to Abbotsford for his brother’s wedding.