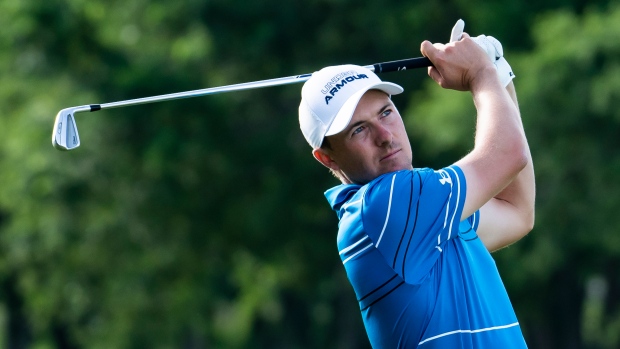 The Charles Schwab Challenge has had a number of different names over the years with a variety of sponsors, but it’s known more often than not by the name of the course on which it’s played: Colonial. A tight, tree-lined track that demands accuracy both off the tee and into the greens, the Texas wind is usually a factor. It’s not often that big hitters come out on top. It did happen last year when Jason Kokrak, who also happens to be an exceptional putter, won the event.

For the most part, my choices this week are excellent ball-strikers and not necessarily bombers.

Spieth seems like the free space on the bingo card this week as pretty much the overwhelming favourite. It’s with good reason. He’s played this event nine times, made the cut every time, won it once, finished second twice and been in the top 10 seven times. Oh, and he’s the all-time money winner in this tournament. Prior to his tie for 34th at the PGA Championship, Spieth had finished first at the RBC Heritage and second at the AT&T Byron Nelson. His putter will be the only question mark (as it usually is) as he was 74th in Strokes Gained: Putting last week, losing shots to the field in three of four rounds. However his ball-striking should more than make up for that.

Colonial Country Club is primarily a second-shot course and there are few better with their second shots than Morikawa. He hasn’t been inside the top 25 since the Masters but he’s such a good iron player – he’s ninth in Strokes Gained: Approach – that it’s an easy pick. This will be his third appearance at the event. Last year, he was tied for 14th and the year prior, he lost in a playoff.

He’s coming off a tie for ninth at the PGA Championship where he was 17th in Strokes Gained: Approach the Green, a good indicator for Colonial success. He’s also third on the PGA Tour in driving accuracy and 10th in three-putt avoidance. Package all these stats up and Ancer seems to have a game tailor made for a course such as this.

Simpson is finally showing signs of returning to the form he exhibited prior to a neck injury. He was tied for 20th at the PGA but posted one of the best rounds of the tournament with a third-round 65 that came in the harshest conditions. An accurate driver, he hits the ball close on a regular basis, sitting 12th on the tour in proximity to the hole. Has finished third and fifth in here in past years.

A big bopper such as Woodland wouldn’t normally be a pick on a narrow course such as Colonial but he can take some inspiration from Jason Kokrak’s win her a year ago. Woodland has played this event three times, the last two years finishing tied for 14th and ninth. His game has been trending back towards the form that saw him win the U.S. Open back in 2019.

Munoz hasn’t missed a cut since January and has posted two rounds of 60 this season, including one at the Bryon Nelson a couple of weeks back. Making his maiden start at this tournament. His game is pretty solid through the bag and if his putter can get hot as it did when he shot 60, then he becomes a pretty interesting pick at these odds.