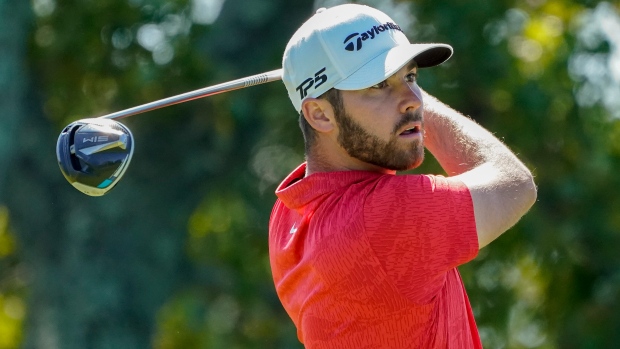 This week’s event is being played at a municipal course, Memorial Park in Houston. It’s got an unusual layout with five par 3s and three par 5s. It’s long from the back at 7,412 yards, especially for a par 70.

This is the second year for the event at this location, although it hosted the tournament in the 1940s, ‘50s and ‘60s. That course was renovated by Tom Doak and, if last year is any indication, it would seem to favour those who can hit it a long way and also putt well on Bermudagrass.

Burns led this tournament after both the second and third rounds last year before a final-round 72 dropped him to seventh place. He’s since found the winner’s circle, capturing two events including last month’s Sanderson Farms Championship. He’s also climbed to 18th in the Official World Golf Ranking, up from 152nd last time the PGA Tour visited Houston. In addition to his win, he’s logged a T14 and a T5 in this fall season.

Wolff arrives in Houston after a fifth-place finish last week at Mayakoba in Mexico where he opened with a 61 and finished with a 65. His two previous starts in the fall were a runner-up at the Shriners and a T17 at Sanderson Farms. Although the season is young, he sits third in Strokes Gained: Total and has the second-best scoring average on the PGA Tour.

In his last three starts, Wise has logged Strokes Gained: Total positive numbers of 5.08 (Mayakoba), 6.74 (CJ Cup) and 9.01 (ZoZo), indicating that he’s firing on all cylinders. He’s played four events since the start of the season and had two top-10s and two other finishes inside the top 26. A year ago in Houston, he was tied for 11th.

Power has played well this fall with his last three finishes being a T21, T12 and T11. He’s done that with a fairly well-rounded game, which is built on fairways and greens, as well as help from a silky short game. He is 89th in the Official World Golf Ranking, climbing up from 429th place at the start of last year.

The Canadian was seventh here a year ago, after he shot 63 on Sunday. He also led the field in putting, so clearly he likes the greens. That putter has stayed hot this season as he’s currently ninth in Strokes Gained: Putting. His last start saw him finish tied for fourth at the ZoZo Championship. He has some extra incentive as the schedule heads to the end of the year. He’s ranked 49th in the Official World Golf Ranking and if he can stay inside the top 50, he’ll get a bucket of benefits including a spot in the Masters.

In his last four starts, Landry had posted two missed cuts and two top 10s, including a tie for seventh last week. We’re hoping for more of the latter this week. He’s played well here before including a tie for seventh a year ago. Landry’s not necessarily long off the tee but he makes up for it with a strong short game and decent putter. A native Texan, the 34-year-old made his PGA Tour debut at this tournament through Monday Qualifying back in 2015.