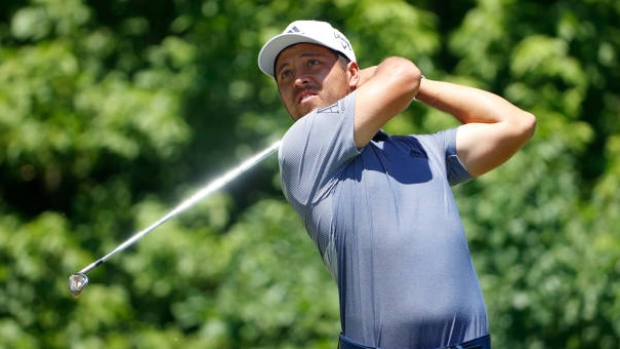 The PGA Tour heads to Japan this week for the Zozo Championship, which had a one-year relocation to Sherwood Country Club in California in 2020. The last player to win the event in Japan was Tiger Woods who, of course, won’t be teeing it up this time around.

The par-70 Accordia Golf Narashino Country Club will play just over 7,000 yards and, with tree-lined fairways that dogleg left and right, is said to favour good iron players such as Woods. He won the event shooting -19 under, which seems to suggest this will be a shootout like last week’s CJ Cup, which Rory McIlroy won at -25.

Weather was a factor in 2019, with a huge storm soaking the grounds after the opening 18 and players attacking the soft conditions for the next 54.

The field is comprised of 78 golfers but many of the top names have taken a pass, opening spots for players down the exemption list as well as a number of top Japanese golfers. As was the case last week, there is no cut in this tournament.

Schauffele and Japan go together well it seems. The last time this tournament was played in Japan he finished tied for 10th. Three months ago, Schauffele went to Japan and came home with Olympic gold. The deepest connection, however, is that he has family there, including his grandparents, who are in Tokyo. As for his recent form, he has made one start since the Ryder Cup, that coming last week at the CJ Cup where a Sunday 63 vaulted him into a tie for 18th.

Morikawa’s runner-up finish and Sunday 62 at last week’s CJ Cup were somewhat overshadowed by the performances of Rory McIlroy and Rickie Fowler, but it showed that the golfer, who is of half-Japanese descent, is ready to pick up where he left off last season. With this week’s course being short and tight, it plays right into the hands of a master iron player such as Morikawa.

At last week’s CJ Cup, Hughes posted a second-round 62, a score of 10 under that equalled the best round in relation to par of his career. The other three rounds were okay, but not quite good enough to keep up to the torrid birdie pace of the field. Hughes admitted that he’s in the early stages of the season and is still shaking off the rust, but his play seems solid, and he’d love to post some decent early-season finishes so he doesn’t need the second-half surge that he’s had to produce the last few years. This would seem to be a good week to do that.

Vegas had a decent week at the CJ Cup where he finished tied for 14th spot. He ended last season a bit of a tear with four finishes inside the top 16 in his last six starts. He ranked sixth in Strokes Gained: Off the Tee last year as well as 59th in Strokes Gained: Approach the Green, which should mean good things on this week’s course.

Yes, a second Canadian is among my picks this week. But he’s legit in this category. Sloan seems to have found a nice groove, although a little more consistency would be welcome. He’s finished inside the top 15 in three of his last six starts, with the other three being missed cuts. A big improvement in his Strokes Gained: Around the Green is helping him so far, going from 99th to 41st.

The name may not be familiar, but this is a player to watch. Formerly the world’s top-ranked amateur, Kanaya also won the 2018 Asia-Pacific Amateur, whose past champs include Hideki Matsuyama. That got him into the 2019 Masters where he finished T48. He has been a pro for about a year now and has climbed to 76th in the Official World Golf Ranking. Playing on the Japanese Tour, he’s logged five top-10 finishes in his past seven starts.