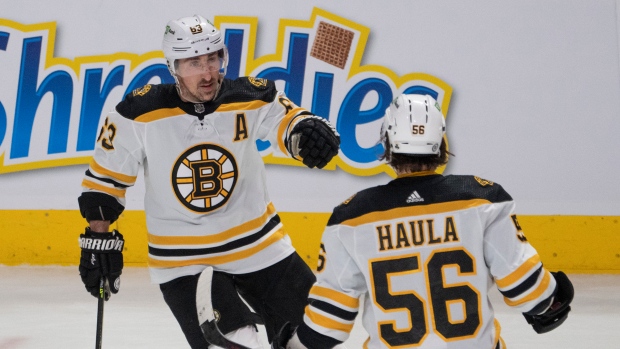 Boston Bruins star forward Brad Marchand underwent surgery on both hips on Friday and is expected to be out for approximately six months which would sideline him for the first two months of the 2022-23 season, the Bruins have announced.

"On May 27, Boston Bruins forward Brad Marchand underwent successful hip arthroscopy and labral repair on both hips," the team said in a release. "The procedure was done by Dr. Bryan Kelly at the Hospital for Special Surgery in New York, NY. Recovery time is approximately six months."

The 34-year-old native of Halifax, N.S., scored 32 goals and 48 assists over 70 games with the Bruins in 2021-22, his 14th season in the NHL. He added four goals and seven assists over seven playoff games as the Bruins were eliminated in the opening round by the Carolina Hurricanes.

Marchand has scored 351 goals and 444 assists over 874 regular season games with the Bruins since the organization selected him in the third round of the 2006 NHL Entry Draft.

Marchand helped the Bruins capture the Stanley Cup in 2011 and is a two-time All-Star.